GECOM chair to decide on timeframe for national recount

Chairman of the Guyana Elections Commission (GECOM) Justice (ret’d) Claudette Singh, will on Friday announce her decision on the timeframe to be utilised for the national recount of the March 2, 2020 votes. 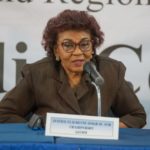 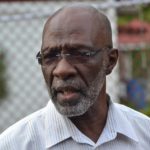 On the table is the five-station proposal by the CEO, which takes into account the key role the high-level five-member CARICOM team will be playing in the process. His proposal also suggests two hours allotted for each of the 2, 339 ballot boxes.

The proposal by Commissioner Alexander suggests that the process can be completed using six to eight workstations, utilising one and a half hours per box.

Meanwhile, Commissioner Sase Gunraj’s proposal of 20 workstations each, is also seeking to utilise one hour per ballot box for the process.

The time spent on a ballot box will determine how many days the process will take to complete.

He said CARICOM has also expressed some concerns about the proposition made by PPP Commissioners and has enquired whether there was scope for a compromise to be met utilising between 2o and eight workstations.

The regional body was contacted by GECOM’s Chair Justice (ret’d) Claudette Singh on Wednesday, enquiring about its availability to return to Guyana to act as a “third party” during the recount.

CARICOM’s concerns were also linked to the current COVID-19 pandemic and the number of persons that will likely be present, should there be 20 workstations.

“This is the concern that I had raised on several occasions when raising my own proposition. The calculation shows that if we were to have 20 workstations, we would have somewhere in the vicinity of 300 persons assembling. It is my humble opinion that in the context of COVID-19, you cannot have 300 persons in one place at this time,” Alexander stated.

“In addition to that the 20 workstations are based on the stations being outside of the convention centre. That apart, I maintain my position that it will lend to the mob situation that occurred at Ashmin,” he added.

Meanwhile, Alexander said there seems to be a difference of opinion between opposition Commissioners Gunraj and Robeson Benn. While it was Gunraj who presented the proposal, Benn spoke to it but presented his own figures.

Benn is suggesting that the Commission can take 30 minutes on one box. However, he could not give any details as to how he arrived at this timeframe.

Alexander posited that Benn’s proposal is a clear attempt to carry out a mere numerical count of the ballots, which he stressed, is not the only thing the commission will be doing during the recount.

GECOM was also asked to consider a proposal of providing a live stream of the process where at least two members of the CARICOM team can view from their respective countries, in the event they could not physically be here.