The Guyana Elections Commission (GECOM) has reported that the process for the holding of General and Regional Elections has been proceeding well thus far with some minor hiccups.

At a press briefing today, GECOM’s Chief Election Officer (CEO), Keith Lowenfield relayed that commission’s team was out in the fields as early was 2:30 am monitoring the movements of ballot boxes, ensuring that all systems were in place to open polls at 6:00 am. 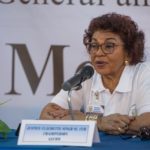 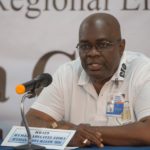 Lowenfield added that the ballot boxes were properly deployed and delivered to the various polling stations on time in all the districts; except for New River in East Berbice-Corentyne Region 6 which has one polling station in Cashew Island. Cashew Island has 11 electors.

The CEO explained that the box departed for the community about 09:30 this morning. “It’s an air transfer …we didn’t want to depart too early because the likelihood existed that it could have been overcast/misty when we got there and that would have meant the aircraft would have had to divert.”

“Initially the process had some hiccups in two areas on the East Coast and Sophia,” Lowenfield conveyed. However, this issue was corrected in areas including Strathspey on the East Coast Demerara and ‘A’ Field Sophia in Georgetown.

Two issues emerged over at Crane on the West Coast Demerara where an elector showed up to vote and was told that she has already voted. Further checks were done and it was revealed this was not the case. A similar situation emerged in the Ruimveldt area and an investigation was done to determine the accuracy of that poll.

As other issues emerge during the day, Lowenfield promised that all efforts will be made to resolve same.

As it relates to issue of tents being used for polling stations, Lowenfield said that there have been no negative reports thus far and that GECOM would have ensured that all necessary paraphernalia are in place. He, however, will be visiting the various areas to assess the impact of these areas on the electors.

Over 600,000 Guyanese are voting in the general and regional elections today. There are 2, 339 polling places in ten districts. Poll closes at exactly 06:00 hours today.

After the poll is closed and counting is completed, the results will be posted outside of the polling station, and the statement of poll will be posted at the polling places after it would have been signed off by the Presiding Officer.