With thirteen political parties contesting the 2020 General and Regional Elections, Guyanese are eager to have their say in who gets a seat in Parliament. 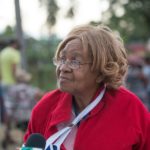 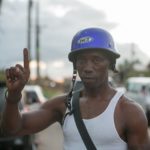 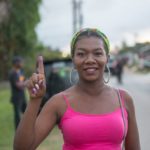 “I came here early because I have to go to work. Just came and did the right thing first and then go,” said Ykuba Novell, who was the first to vote at the Howard’s Residence polling station.

“The process was smooth, I encourage persons to come out, cast your vote and see what’s going on,” Novell continued.

Ngozi Nwamarah of Guyhoc was second in the line to cast her vote at Howard’s Residence She also maintained that the voting process was a smooth one.

“It was simple. It was a great experience. This is the mother of all elections, remember your children, your grandchildren, come out and vote,” she said.

Also, among the early voters was elderly, Veronica Blackett who came out to exercise her democratic right, despite being in pain.

“I got up at 4 am this morning. My family brought me. I’m in pain but I still try and come out,” the elderly woman stated.