GFS will work with Police to take action against arsonists

The Guyana Fire Service (GFS) will be taking strict action against persons who commit arson. This comes on the heels of several recent fires that were found to be caused by acts of arson.

The majority of the fires that occurred for the year thus far have been in dwelling houses. During an interview with the Government Information Agency (GINA), Chief Fire Officer, Marlon Gentle said that 12 of the fires were deliberately set by people. 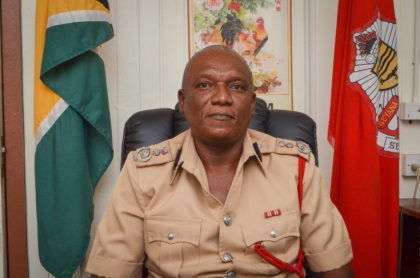 “That is an area that I need to focus on… it seems that more and more persons are opting to use fires to settle scores or to end disputes… that fire that has occurred on the East Bank is being investigated and it appears to be some act of a person setting fire to the building,” the Fire Chief stated.

Gentle emphasised that the GFS, in collaboration with the Guyana Police Force (GPF) will ensure the law is brought to bear on arsonists. The Fire Chief stressed that, “we would like to send a strong message that so long as our investigations lead to that aspect or the aspects of persons deliberately setting fires to these buildings, maliciously, which is a criminal offence, we would support law enforcement agencies in ensuring that these persons are brought to justice.”

According to the Fire Chief, the decrease can only be attributed to the prompt response of the GFS when called upon, and the expansion of the GFS in a number of regions.

However, Gentle is urging members of the public to practice fire safety measures and take responsibility for the environment in which they reside.