GGMC to crack down on mining along river banks

The Guyana Geology and Mines Commission (GGMC) has zero tolerance against mining along the banks of rivers.

Acting Commissioner of the GGMC Newell Dennison, today in an interview with the Government Information Agency (GINA), said the regulatory agency remains “very stringent” against breaches and mining of buffer zones. 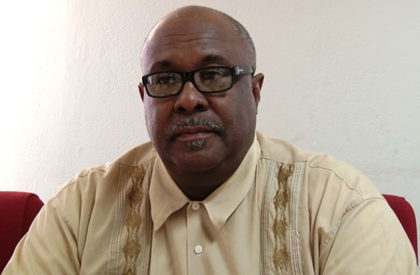 Buffer zones are areas along the bank of a river where mining is prohibited, Dennison explained. “We want to certainly indicate to our miners that that should not be how they operate, and we are going to be coming after them with a ‘no tolerance approach’ where that continues to happen,” Dennison said.

The Acting Commissioner pointed out that GGMC will be intensifying the monitoring of mining districts to curb this practice. Dennison said there has been an increase in reports of mining along the river banks, and some of these activities have incurred breaches.

Dennison pointed out that the GGMC will impose restoration of damage on miners who are found in breach, once they are caught.

Buffer zones help to maintain the integrity of the course of the river, and prevent erosion which in turn reduces instances of turbidity. “You want to maintain a rich vegetation cover along the banks so that you would preserve that particular environment,” Dennison further explained.