Budget 2017 has made provision for the recruitment of staff to make the work of the Guyana Geology and Mines Commission (GGMC) more efficient.

Poor staffing has challenged the regulatory body in the effective supervision of the six mining districts for which it holds responsibility. Minister of Natural Resources, Raphael Trotman noted that 20 All-Terrain Vehicles were procured for the GGMC to allow for more officers to be in the field. 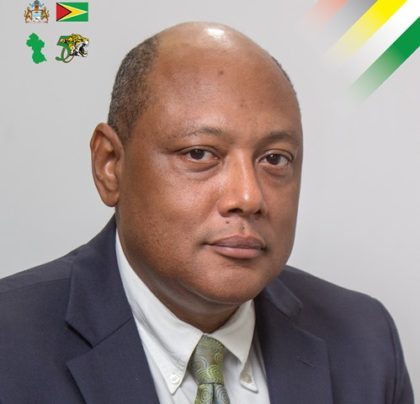 Minister Trotman was speaking on the Budget in Focus programme which was aired on the National Communications Network (NCN). Minister Trotman said that the GGMC has set aside a great portion of its budget to improve mines management, safety and reclamation of land. To ensure that this is successful the commission would require sufficient staff.

He added, “We’re doing more training for mines safety; we got to train people in the correct procedure in setting up a mine…so that land doesn’t collapse. There is a lot of money there and that is where we will be putting our focus this year, streamlining those operations,” Minister Trotman said.

Minister Trotman noted that he was “very satisfied” with the allocations made in the 2017 national budget for his ministry adding, “There is room for improvement, but I believe that we’ve done well.”

Minister Trotman said that responsibility for regulating the new sector will be removed from the GGMC and vested into a new commission. “We’re about to set up a regulatory commission….a standalone commission that is going to comprise members of civil society, the parliamentary opposition and government,” the Minister explained.

The budget projects gold declaration to reach 44,814 ounces while the overall mining sector is expected to grow by 35.7 percent at the end of 2016. “The industry is outperforming itself and predecessors…we’re doing better than we have ever done before,” Minister Trotman said.