Government buildings to have free WiFi

Work will begin in the first quarter of 2017 to install Public Internet Access Points (PIAPs) at public buildings including government ministries. Over 600 buildings have been identified.

An estimated $114 million is allocated for this project in the 2017 National Budget. 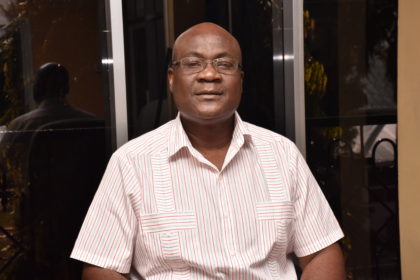 Presidential Advisor on eGovernment, Floyd Levi, said that the initiative will increase the opportunities and channels through which thousands of individuals will access online resources. He said it is part of the Government’s aim to reduce the digital divide and increase digital interaction with Government.

“When you get there you will have access to the internet. … this project will be started in the first quarter of 2017 and continue to expand for the remaining of the year,” Levi explained.

Additionally, the eGovernment Agency will continue to roll out the WiFi projects in schools in the first quarter of 2017.

Levi said that this project will make learning for students a lot more fun and interactive. He explained that there will be limits as to how much time students will be allowed to use a computer system to access the WiFi network.

Noting that government agencies need to communicate with each other, Levi said the way to do that is through the network.  He pointed out that the eGovernment agency is responsible for the network and will provide a wide area networking facility for all agencies budgeted for by the government.

Among the ministries and agencies that have already been added to the E- Government networks are:

Levi explained that the Agency will be using a local telecommunications company and a private circuit to reach the targeted communities. “We will be using data services that are available at the communications company to take us to those locations very quickly, so in this instance there will be no need for us to run cables to those locations,” Levi explained.

Additionally, reaching the remote areas we will be done in two sections – one through the network using the privately circuit and second way will be by using satellite based internet services to even communities that are further off from the targeted communities’ ones that are mentioned above. In a l of these communities we willl be provided and established with ICT hubs, Levi added.