The Ministry of Natural Resources is looking to restrict the importation of pinewood as an incentive to the 14 percent Value Added Tax (VAT) on the local logging industry.

Minister of Natural Resources Raphael Trotman told the Government Information Agency (GINA) recently that this move will also seek to reverse what he terms the “dumping” of the foreign lumber in Guyana.

“We find that there is some degree of dumping of this foreign lumber coming in. It is crowding out local loggers. We have been receiving complaints from the logging bodies, associations and the producers,” Minister Trotman revealed.

The Minister explained that he will be consulting with pinewood importers before the decision is finalised. “We would want to ensure that what we do is in the best interest of Guyana, Guyanese and those who will rely on the forest for a livelihood,” Minister Trotman said.

Minister Trotman clarified that the restriction is not a ban on pinewood. “We’re going to ensure that pinewood is not sold at a price that is cheaper than locally produced timber,” Trotman explained.

Ensuring value is added to the local logging industry has been a major focus of the Ministry of Natural Resources which has oversight responsibility of the forestry sector.

The Ministry has also recognised the need to provide incentives to local loggers, some of whom are complaining about the 14 percent VAT that was introduced to the sector this year.

Apart from the restriction of pinewood, the Ministry has also guaranteed market for local loggers with the government’s housing drive which seeks to provide affordable condominiums and duplexes to prospective homeowners.

The Ministry is also pushing the use of local loggers and lesser used species of wood in infrastructural works carried out by the government as a means of guaranteeing income for local loggers. 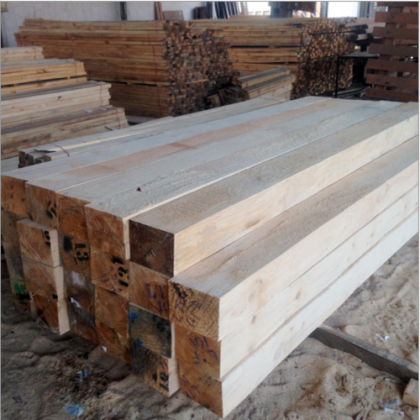