Canadian High Commissioner to Guyana, Lilian Chatterjee has commended the government for its commitment towards the continued development of Guyana’s Indigenous peoples based on the recognition of rights, trust, cooperation and partnership.

The High Commissioner was speaking at the launch of an Indigenous cultural exchange workshop held today at the Umana Yana in Kingston.  The event was a collaboration between the Canadian High Commission and the Ministry of Indigenous Peoples’ Affairs.

According to High Commissioner Chatterjee, the activity presented an opportunity for Canada and Guyana to celebrate and honour the unique heritage and outstanding achievements of Indigenous peoples through shared culture and understanding. The workshop, she noted, is timely one as both countries are observing the United Nations (UN) Year of the Indigenous Peoples Languages, and Canada also celebrates National Indigenous History Month in June.

Chatterjee said Canada strongly believes that Indigenous cultures are essential for a sustainable future. Over the years, she added, Indigenous peoples have made significant contributions to our societies in many different ways, and their remarkable arts and culture and history are essential to nationhood. Indigenous peoples must celebrate their traditions since this safeguards culture continuity, she urged. 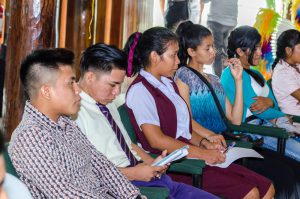 A section of those who participated in the event 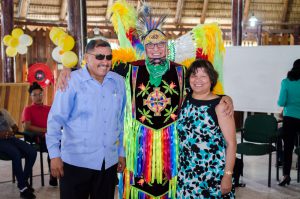 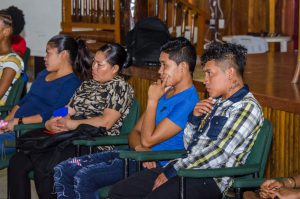 Another section of those who attended the event 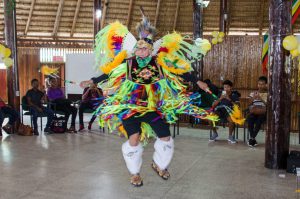 Member of the first nations of Canada, Joshua Deperry during his cultural presentation

Delivering the feature address, Minister of Indigenous Peoples’ Affairs, Sydney Allicock stated that even as Guyana observes the International Year of Indigenous Languages, it is imperative that the Indigenous peoples be recognised for their valuable contributions to their respective nations.

“This is what we have been calling for, to give recognition to our Indigenous peoples across the world… I was privileged to visit Canada and visit other First Nation communities and found that they are very similar to ours.”

The minister pointed out that the Indigenous peoples have always been in tune with nature – living and protecting the natural environment to have a healthy ecosystem. This too, he said, must be celebrated.

Among those who participated in the workshop are students of the Hinterland Scholarships Dormitory and Indigenous Cultural groups from various communities on the coast.

They were entertained by dance and tales from Canada’s Joshua Deperry – a member of the First Nations of Canada.