Over forty (40) Guyana Police Force officers and ranks from the ‘A’ Division received gifts and awards in various categories for their performances throughout 2017. Awards were presented by the Acting Commissioner of Police, David Ramnarine and representatives from Laparkan, National Hardware, Roraima Airways and several other companies at the division’s annual Christmas luncheon and awards ceremony, at the Brickdam Police Station, today. 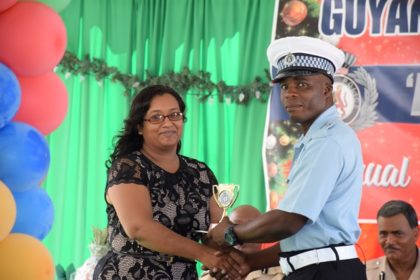 Acting Commissioner of Police David Ramnarine implored the officers and ranks to use the season to reflect on their work throughout the year.

Placing focus on the growing demands of the public and the growth in membership of the police force, Ramnarine charged the officers to do some introspection going forward into the New Year. “Much is expected of us every day…so it is important that we understand this calling that we have chosen…let us see how best we can reduce those shortcomings we have”, Ramnarine advised.

The acting commissioner said he was pleased with the overall performance of the ‘A’ Division.

Giving an overview of the ‘A’ Division’s performance in 2017, Commander Marlon Chapman highlighted that his unit in addition to recovering a total of 54 different firearms, has seen a 17 percent reduction in break and enter larceny.

The commander also praised his division for their performance in traffic control, noting that the Best Cop awardee serves in that department.

Chapman assured the public that more will be done by his unit in 2018.

The officers were treated with a two-course lunch and several entertaining performances from their colleagues. 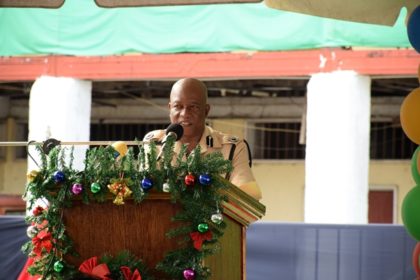 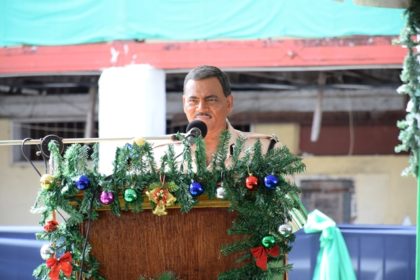 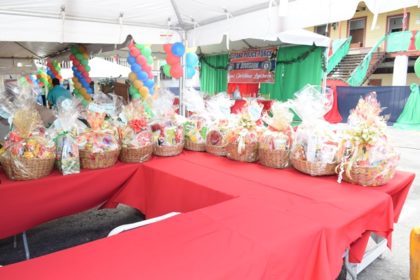 Some of the gifts on display at the ‘A’ Division Christmas Luncheon/ Awards Ceremony. 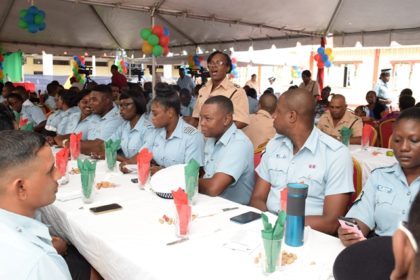 Some of the officers/awardees being treated at the ‘A’ Division Christmas Luncheon/ Awards Ceremony.