The Guyana Police Force (GPF) in collaboration with the Zara Group of Companies today, re-commissioned the computer training centre as the Zara Cyber Security Centre. 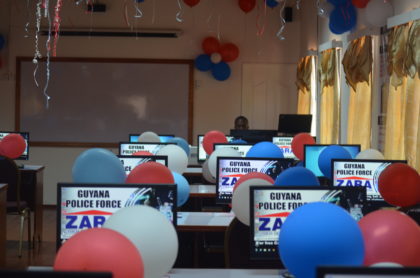 Located at the Felix Austin Training College, Eve Leary, the centre is a realisation of long-standing collaboration between the GPF and the Zara Group. Valued at $20.5M, the centre is expected to boost the GPF’s ability to fight cybercrime.

Acting Police Commissioner, David Ramnarine noted that dealing with new emerging crimes demand a wide, strong and competent partnership. “This centre…will seriously provide us with the capacity and capability as we project the thrusts to deal with cyber threats and so on,” Acting Commissioner Ramnarine said.

The GPF has been exploring opportunities to build capabilities to tackle cybercrime in absence of legislation to address it. The Acting Commissioner pointed out that two ranks of the GPF have been certified as cybercrime specialists.

Meanwhile, Permanent Secretary of the Ministry of Public Security, Danielle McCalmon commended the Zara Group for its “valuable collaboration” in the fight against crime. 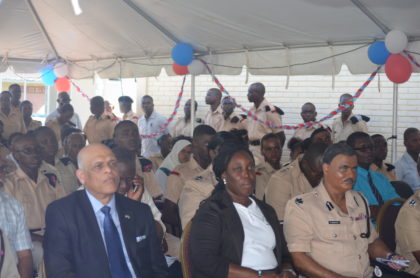 Over the last three years, the GPF has increased overseas training of ranks to deal with non-traditional crimes.  The Zara Group has also been supporting the GPF in capacity building in crime fighting and building community policing relationship over the years.

The objectives of the Zara Cyber Security Centres aim at fostering community relationship between the police and communities through training, and to enhance the information technology capabilities of the GPF through training of officers in computer science, among others.

An MOU between the GPF and the Zara Group makes stipulation for the free training of community members in information technology. There are also Zara Centres located in Berbice and Essequibo.

One executive of the Zara Group, Jay Subraj, noted that the collaboration is part of the company’s efforts to give back to its home country. “It is our duty to serve our country, our roots,” Subraj said. The Zara executive noted that the company has established 14 education centres in Guyana and North America.

The Cybercrime Bill 2016 had its first reading in the National Assembly in August 2016 and was sent to a select committee. The Bill will address cyber threats such as identity theft, cyber bullying, child pornography, illegal access to a computer system, illegal interception, illegal data interference, illegal acquisition of data, computer-related forgery, infringement of copyright, patents and designs and trademarks among others. 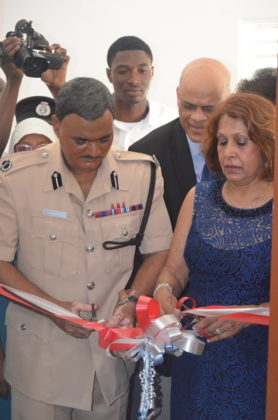 Acting Police Commissioner, David Ramnarine and an executive from Zara Group of Companies cut the ribbon to mark the official opening of the Centre