GPL has full power for Christmas

Minister of Public Infrastructure, David Patterson has assured the nation that there would be full generation capacity during the Christmas season and that only transmission issues would affect service. 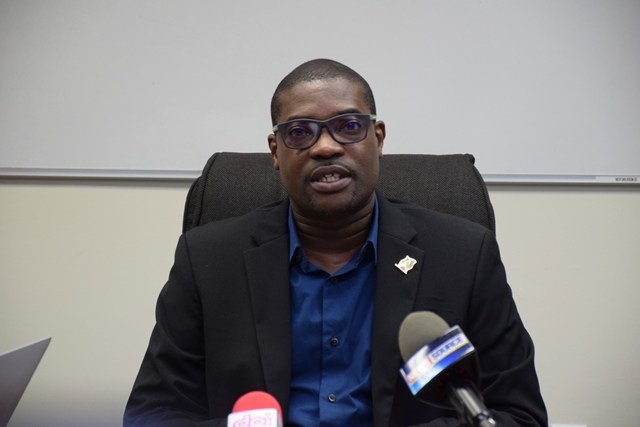 He was at the time, speaking on a Budget in Focus programme on the National Telecommunications network (NCN) stated that the Guyana Power and Light Incorporated (GPL) has a full supply of 134 megawatts of power.

“Any problem we have will be with our distribution and not generation. We have $3.9Billion in our 2019 budget to address our distribution network. The weak link in our system is our transmission and distribution line. We have repaired it and put it together over the years without thinking about redundancy. So, we will be working on that in 2019,” Minister Patterson explained.

Work has already begun on fixing deficiencies before the peak period. Meanwhile, construction of Anna Regina’s new power station in Region Two, which will be equipped with three containerised units, designed for baseload, is almost complete. Minister Patterson indicated that the sets would be on line next week and be commissioned by December 14. He added that the Bartica sets will also be up and running shortly, while Wakenaam and Leguan have adequate supply for the season.

He also repeated a call for motorists to avoid drinking and driving which usually results in costly damages and blackouts.

“When they [motorists] crash into poles it takes off the system and destroys the transformers and getting a new one is time consuming and tedious. So please don’t drink and drive or drive carefully at all times,” Minister Patterson related.

As it relates to gas generated project, Minister Patterson said, it was on stream and would be a public/private partnership between the government and an operator.

“The funding the government has is for land preparation, right now we’re doing survey and land acquisition. When Exxon’s Floating Production Storage and Offloading (FPSO) vessel gets here we come back to the supplementary committee for the balance of money to put the pipelines on.”