The Guyana Power and Light Incorporated (GPL Inc.) is moving to embrace the government’s green agenda with the utilisation of solar power. 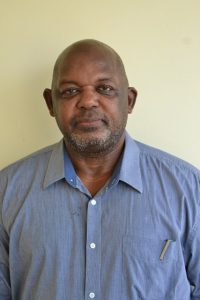 “Our technical team has already identified siting options and we’re moving to implement that solar photovoltaic system soon. The solar system will allow us to reduce fuel consumption, while at the same time embracing the government’s green agenda,” Gordon explained.

Until the solar photovoltaic system comes on stream, GPL will be implementing immediate and short-term plans which will see generation shortage on the Coast a thing of the past. The plans will immediately address the deficiencies at the Anna Regina Power Station.

The immediate plan involves GPL managing the load and not pushing the units to their full capacity while the short-term plan will see a total of six units in operation by September 10 and completion of the new power plant by December 15.

Additionally, GPL will be examining the feasibility of using natural gas as a more affordable and cleaner energy source until such time as the country moves to 100 percent renewable energy.

In 2018, GPL was allocated $2Billion for the Power Utility Upgrade Programme to improve the quality and efficiency of its electricity distribution network.