Minister Greenidge took the Oath of Office today in the presence of President David Granger, Minister of State Joseph Harmon and senior officers of the Disciplined Services. 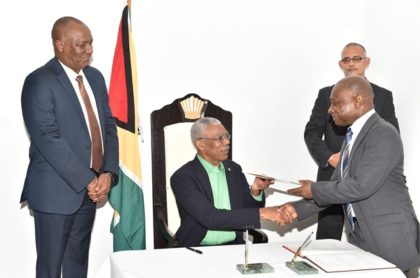