Guyana and South Africa to sign Declaration of Intent

─enhancement of both nations value-added capabilities

─environmental preservation and modernization of Guyana’s mining techniques and practices

Guyana and South Africa hope to sign a simple Declaration of Intent to enter into a formal Memorandum of Understanding at a not so later stage.

This was announced by Minister of Natural Resources, Raphael Trotman during a press conference today. 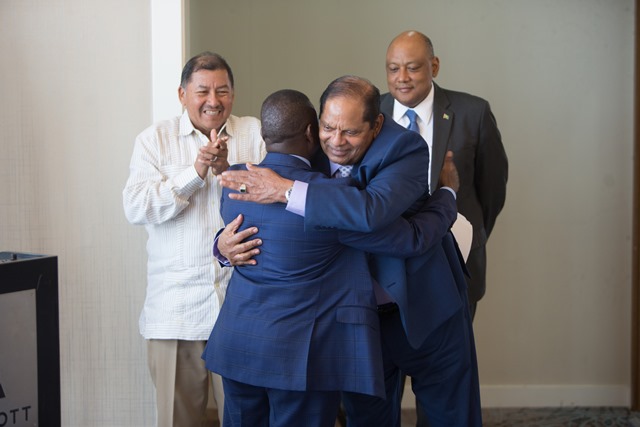 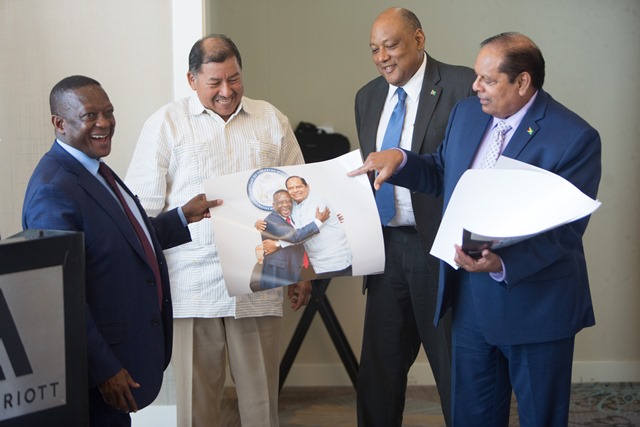 Minister Trotman announced that both parties have identified five big areas of cooperation and collaboration;

“Training and capacity building, strengthening of our regulatory frameworks, enhancing our value-added capabilities, Geological surveying and mapping of our resources and Environmental preservation and modernization of our mining techniques and practices”

In terms of the third area of cooperation “Enhancing our value-added capabilities,” Minister Trotman said it is through this step that Guyana hopes to establish a national gold refinery.

He said, “we are hewers of stone, producers of gold and diamond, we ship them out only for them to be returned to us as jewellery, and undoubtedly the time has come for us to look further.”

According to Minister Trotman in 2018, the Government established a company in South African to conduct an extensive study in this area towards determining the feasibly of establishing a national gold refinery here in Guyana.

“We do have a few offers from South Africa, Dubai, India and the United States, so this is a step that Guyana intends to take, to do our own gold refining” stated Minister Trotman.

Just before the press conference, the Deputy Minister of Mineral Resources of South Africa, Godfrey Oliphant and his delegation, were hosted at a luncheon with Prime Minister, Moses Nagamootoo, Minister of Indigenous Peoples Affairs, Sydney Allicock and Minister of Natural Resources, Raphael Trotman.

During the luncheon, Minister Trotman noted that though the countries were on different continents and separated by thousands of miles, Guyana and South Africa share a history that epitomizes solidarity.

“That solidarity was forged in an era when the majority of the people of South Africa were treated as lesser humans and denied their basic human rights, Guyana and South Africa relationship has stood the test of time, cemented in the belief that all men are born equal” noted Minister Trotman

He added that it was a time of great sacrifice and fortitude and Guyana played a “not insignificant” part in the liberation struggle.

Minister Trotman reiterated that Guyana can learn much from South Africa, especially in the areas of diamond exploration, geological surveying and mapping, establishing and managing a national gold refinery and likewise, there is much that Guyana can offer South Africa.