─ Guyanese delegation, including Min. Rajkumar in Cuba for FIHAV 2019

Last evening, the Embassy of the Cooperative Republic of Guyana in Cuba hosted a reception in honour of the continued growth and strengthening of the Cuba-Guyana relations.

The reception, held at the Havana Club, was attended by Minister of Business, Hon. Haimraj Rajkumar, Cuba’s Vice Minister of Foreign Trade and Investment, Roberto Lopez and his wife, the Guyanese delegation attending FIHAV 2019, Cuban government officials and other special invitees

Minister Rajkumar, in his remarks, reaffirmed Guyana’s appreciation towards Cuba for its unwavering assistance and support in several areas, particularly in the medical field, and the purchasing of Guyana’s rice.

“Guyana and Cuba have always shared cordial relations, and this was reaffirmed today with Guyana joining 187 other countries in voting to remove the trade embargo by the US on the on Cuba,” Minister Rajkumar stated. 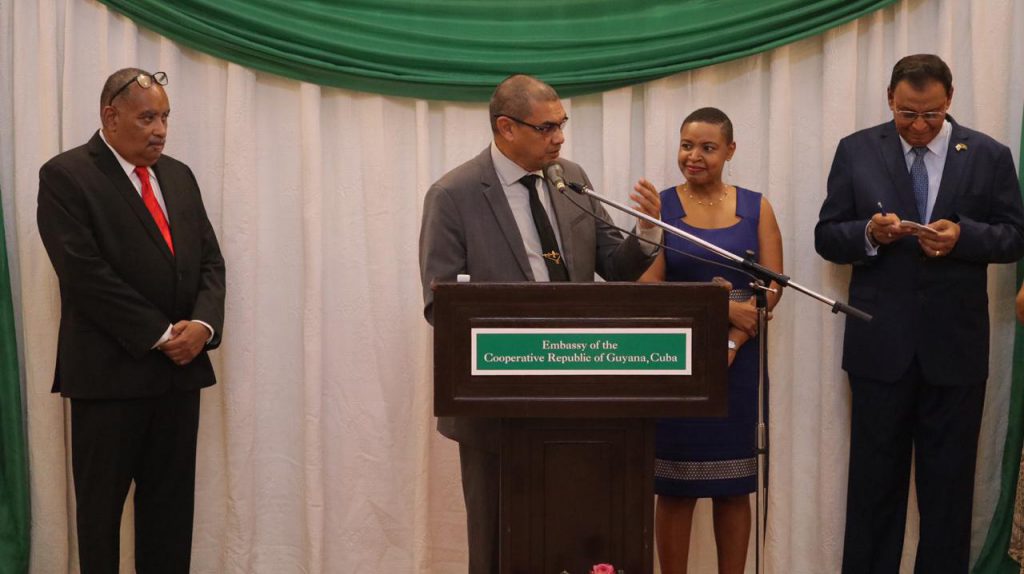 Minister of Business, Hon. Haimraj Rajkumar in Cuba for FIHAV 2019.

Meanwhile, Guyana’s Ambassador to Cuba, H.E Halim Majeed, relayed that His Excellency, President David Granger had expressed his gratitude towards the Cuban Government and people for his successful medical treatment. 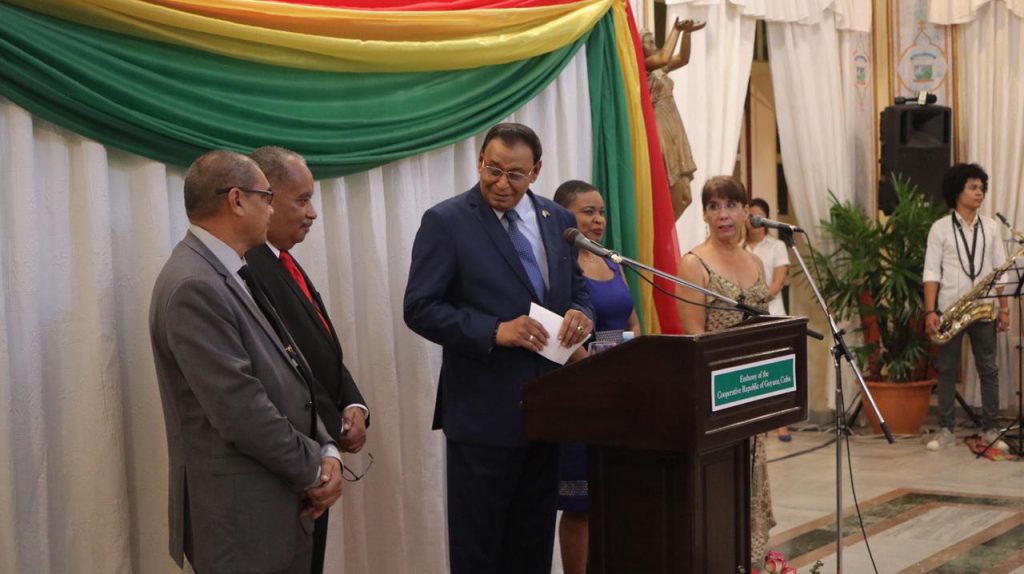 The Havana International Fair (FIHAV), first founded in 1983, is an annual International Trade festival, and this year comes on the threshold of the celebration of Havana’s 500th anniversary as a town. The five-day fair will be held from November 4-8 at the EXPOCUBA Exhibition Site, Havana, Cuba. 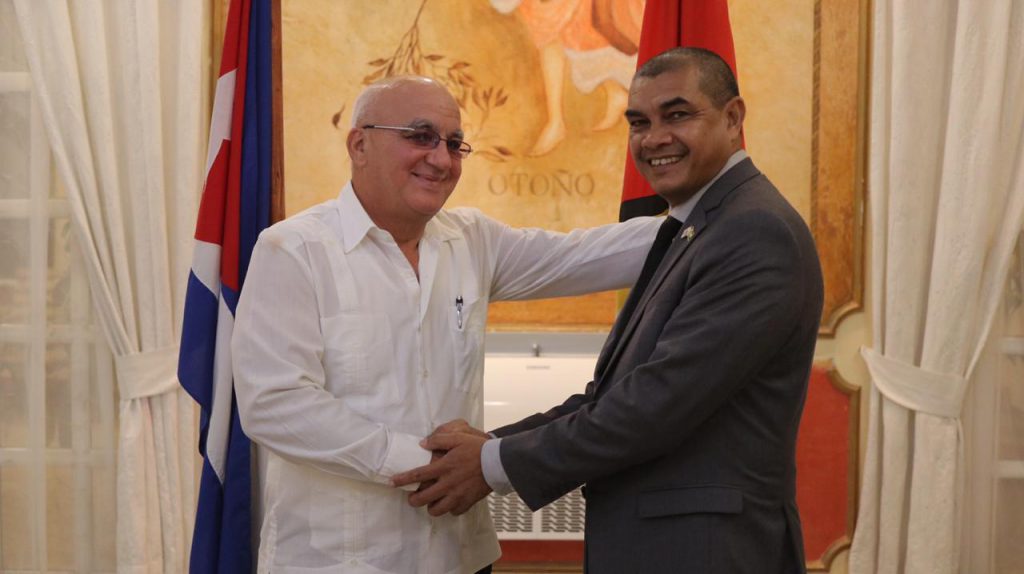 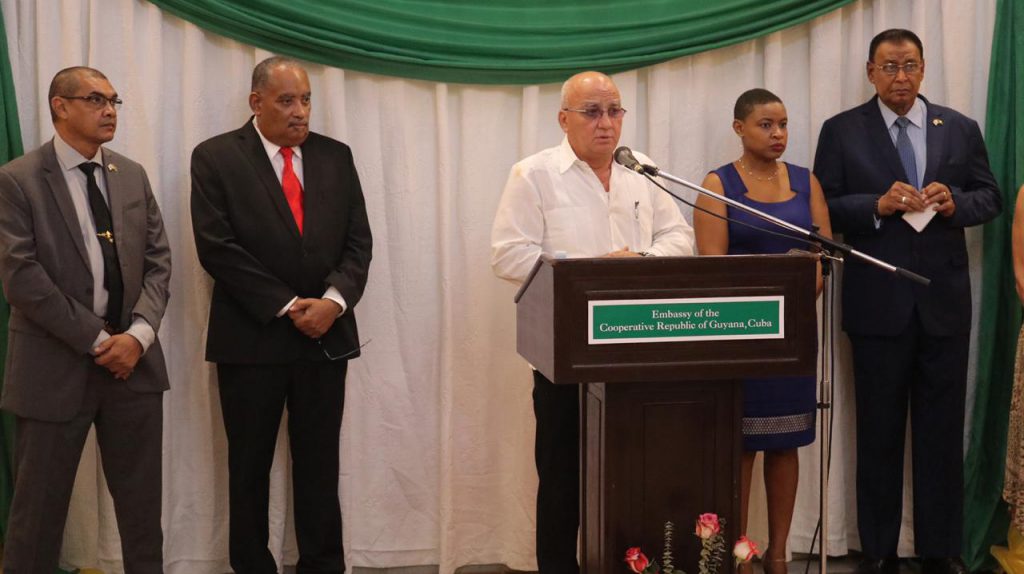 FIHAV is the largest international fair for trade and investment in Cuba, represented by delegations from across Latin America and the Caribbean. The event provides an excellent business platform for new companies in the market and those already established.

In the framework of FIHAV 2019, the Fourth Investment Forum will also be held on the sidelines of the fair. It provides an excellent opportunity to conduct bilateral meetings between Cuban businesses and potential foreign investors.