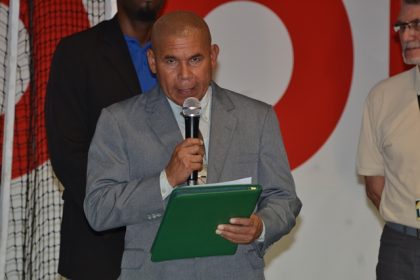 Being dubbed as one of the largest since its inception in 2002, the hockey competition was declared open by Minister with responsibility for Culture, Youth, and Sport, Dr. George Norton, at the Cliff Anderson Sports Complex, Homestretch Avenue.

According to Minister Norton, “The Indoor Pan American Cup can be seen as a launching pad for promoting Guyana as a top regional host for indoor hockey, thereby boosting our sports tourism. This definitely augurs well for the country.”

He remarked that his ministry views hockey not only as a team-building sport but as a vehicle for fostering social cohesion.

Meanwhile, in response to a request by President of the Guyana Olympics Association, Juman Yassin, for the donation of a plot of land to construct a hockey court, the Minister disclosed that he will take the appeal to the highest authority.

“The ministry will continue to work with the respective bodies to further develop hockey sport in Guyana as it seeks to ensure every Guyanese has equal access to sporting opportunities,” he posited. 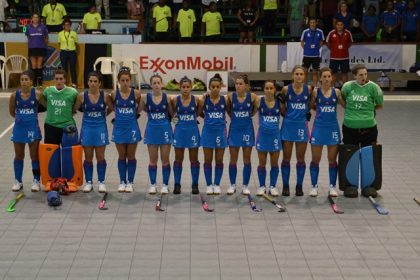 Argentinean team before a match against Guyana. 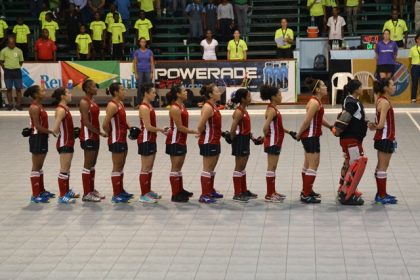 Guyana team gets ready to play against Argentina.