Prime Minister, Brigadier (Ret’d), the Honourable Mark Phillips today addressed the family of Quindon Bacchus during his visit to Golden Grove on the East Coast of Demerara and promised that justice would be served.

“We need justice. We need closure for the family,” the Prime Minister told the gathering at a Memorial Service at the Market Square. “We at the level of the Government, we respect the rule of law.”

He also called on the Police Complaints Authority to be more proactive in the execution of its duties.

“We respect the rule of law and we have to await the conclusion of the investigation being done by the Police Complaints Authority.”

The Prime Minister, who visited several affected communities, including Mon Repos, this week, called for Guyana to heal and said that it is time to have progressive talks on moving forward.

“The healing must start from today.”  He said this must be done through discussions, by respecting differences and by highlighting commonalities.

He noted too along with being a senior member of the Government, he is also very Afro-centric—but a patriot to all Guyanese.

“I’m a proud African Guyanese and I’m very Afro-centric and everything I do, now and in my previous position for 36 years with the Guyana Defence Force is for the defence and security of all the people of Guyana. Today again, I’m working for all the people in Guyana.”

He lauded the Government for their drive to bridge the divide, which he called imperative in not only healing but progressing.

“All the opportunities, all the development projects, all the programmes that we as a Government are designing and launching in this country are for all of Guyana.”

During his walkabout, the Prime Minister visited the church, small business owners along the roadway and the Golden Grove/Nabaclis/Haslington Community Centre, where he listened to the concerns of the residents.

He promised upon their recommendation to carry in counsellors and social workers, while he said he would speak to the Police Commissioner (ag), Clifton Hicken to follow up on the reports of damages to stall and equipment.

IN POLITICS FOR THE PEOPLE

The Prime Minister was adamant that no Guyanese would be discriminated against under his watch. He said that he has travelled to all parts of Guyana, including the interior, and that he wants to improve the lives of all.

He even shared his mobile number with the audience to have open discussions with him if they feel discriminated against.

“As I’m here to sympathise with Quindon Bacchus’s mother and father, I’m also ready to listen to all the people here. All the concerns that you have and this engagement that I’m having with you today is just the beginning.”

He added that he is ready to visit from village to village on the East Coast to see the conditions that the residents are living in and to listen to their concerns and recommendations for improvements to their lives.

As a brigadier and a former Chief of Staff of the GDF, the Prime Minister noted that he could have lived comfortably on his pension, but he wanted to see Guyana and all Guyanese progress, so he entered politics.

“I got into politics because I feel that I can make a difference…and now that I’m Prime Minister, I’m ready to work with you and with every community to make that difference.” 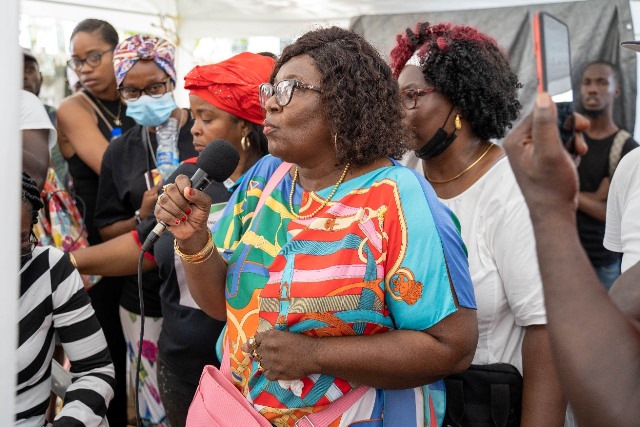 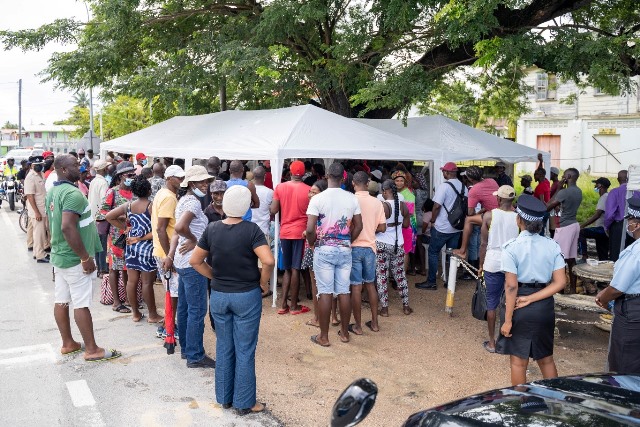