Living up to the legacy of being the founders of the first-ever CARIFESTA is no easy feat, however, Minister of Social Cohesion, Hon. Dr. George Norton said he was impressed and satisfied with Guyana’s performance at CARIFESTA XIV held in Trinidad and Tobago.

“With the performance at Guyana’s Night, I think we had an excellent showing of what life in Guyana is all about, particularly because it was staged against the backdrop of Stabroek Market…that was impressive.”

This, he noted, was due to the energy and commitment shown by the participants in the delegation from the dancers to the artists, fashion designers to the chefs among others. 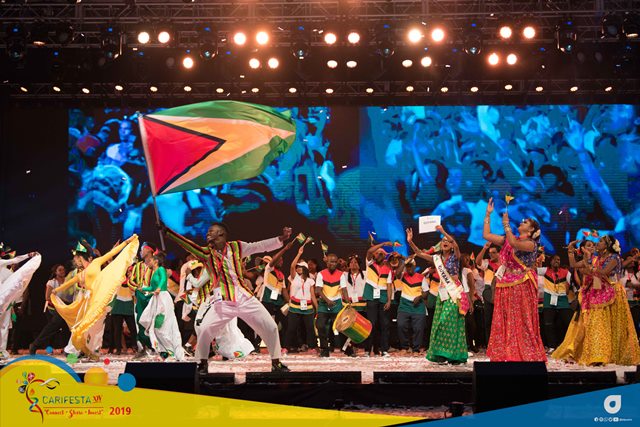 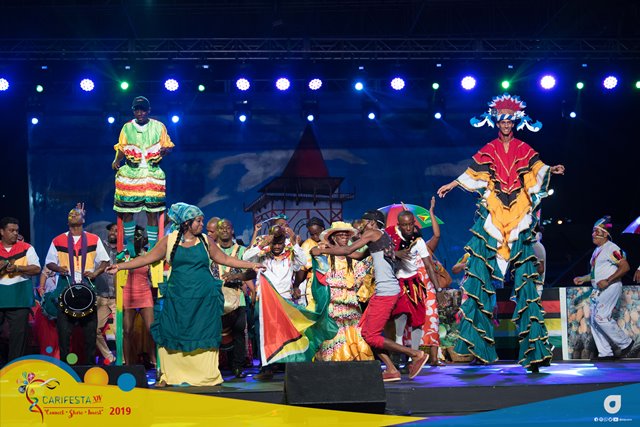 The Grand Finale of Guyana’s “A year in a day’ presentation during Guyana Night at CARIFESTA XIV. 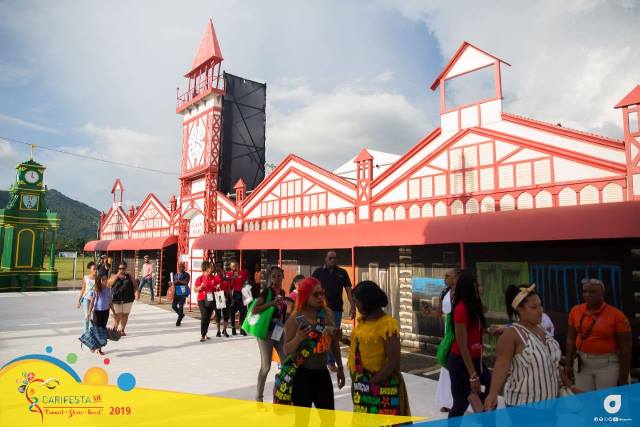 The iconic Stabroek Market backdrop which forms part of the “Streets of the Caribbean” display. 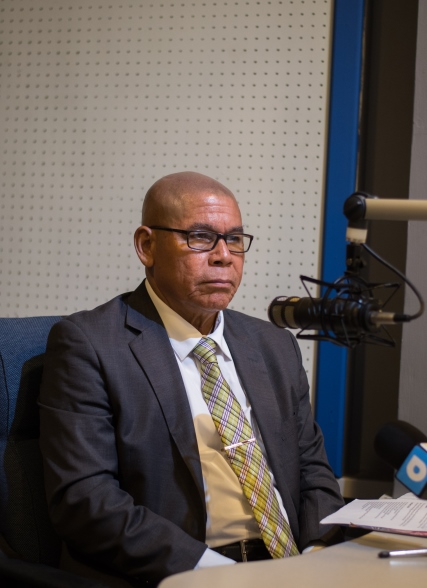 The minister was at the time being interviewed on the National Communications Network’s radio programme “INSIGHT”, on the Voice of Guyana.

Being able to witness the very first CARIFESTA in 1972, Minister Norton said, this year’s festival did justice to the vision of the late President Forbes Burham.

With the inclusion of CARICOM associate countries and non-CARICOM countries particularly the participation of Canada, he noted that it was indeed a happy occasion.

Minister Norton acknowledged that there were a few minor hiccups at the initial stages such as microphone issues, difficulty with transportation, and noted that being on the ground always helps to address these difficulties quickly.

“Moving forward, my recommendation is that we never take things for granted and if you are guilty of micromanaging then so be it, but in the end, you need to get the job done,” he emphasised.

The Social Cohesion Minister indicated that he is more than willing to take another go at hosting the festival again; however, he noted that it is only fair that other countries in the region have the opportunity to play host to this remarkable event.

From the energetic ‘Parade of The Nations’ to the debut of Guyana’s ‘A year in a day’ presentation at Queen’s Park Savannah, the local delegation’s performance was described as exceptional. Also sharing in the kudos were the local craftsmen and women and cooks who added that Guyanese flair and flavour to the encapsulate the country’s participation at CARIFESTA XIV

The honour of hosting CARIFESTA XV has now been passed to Antigua and Barbuda.