─ranks #4 in the CARICOM region

Guyana has risen to number four in the CARICOM Region for its compliance with the International Civil Aviation Organization’s (ICAO) standards and recommended practices.

The Guyana Civil Aviation Authority (GCAA) made the disclosure at a press conference on Tuesday.

According to GCAA Director-General Egbert Field, ICAO auditors found that Guyana’s compliance has climbed to 76.96 percent this year, an improvement of 11.76 percent from 2016’s standing which was 65.22 percent.

This places Guyana above the global average of 65 percent as the nation jumped to a number four ranking in the Caribbean, outperforming countries like Barbados and The Bahamas. The nation’s performance is a remarkable advancement from its former 44 percent status approximately 13 years ago. 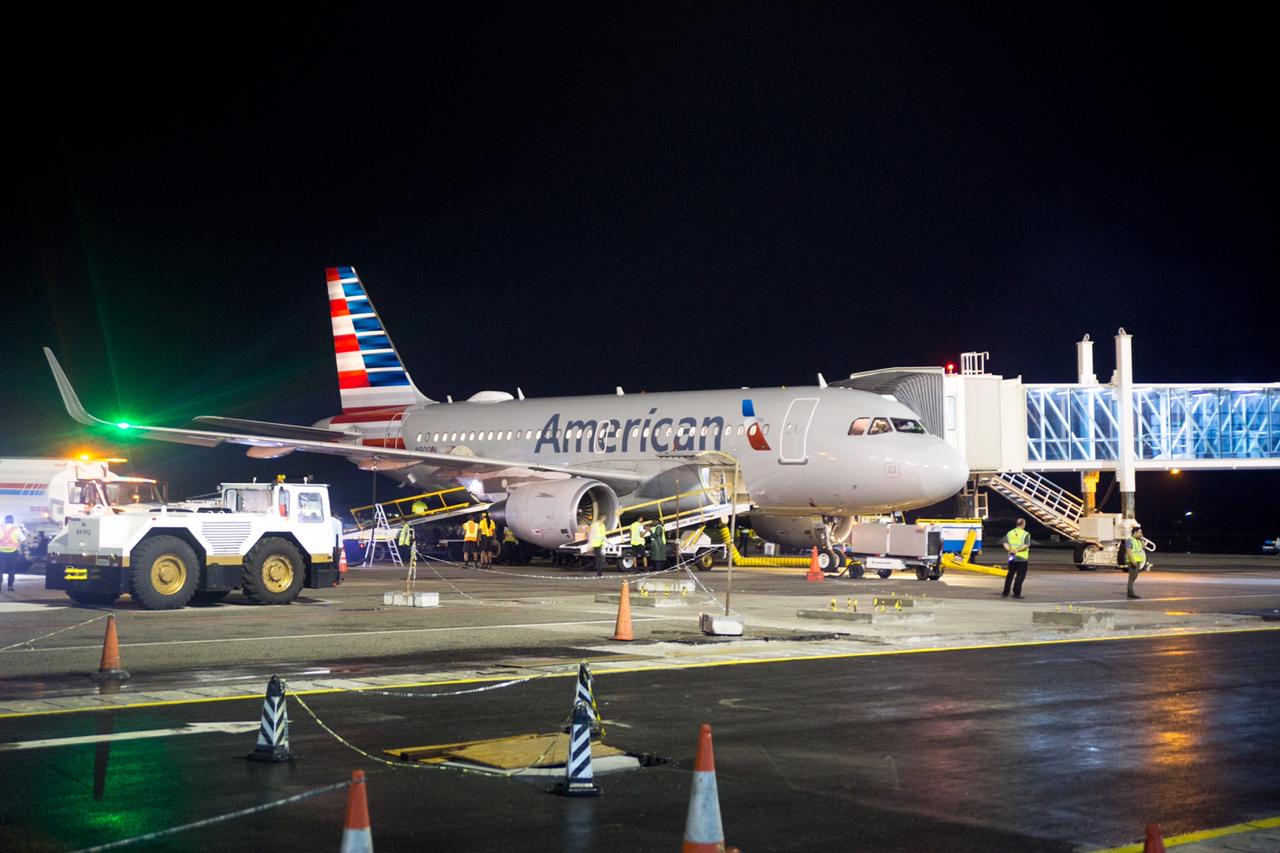 American Airlines aircraft joining to the boarding bridge after making its inaugural landing here on November 15, 2019

Requested by the GCAA, the ICAO review made four revelations. It noted that the country’s 2018 Civil Aviation Act, which was laid by the Coalition Government, was one of the best in North and Central American Region and could be used as a model. It also found that Guyana has the leading Air Navigation Services (ANS) in the world and the best in the Caribbean.

The audit also found that GCAA is on the right path and its staff are passionate about their work, which can advance the regulatory body.

One of the major takeaways from the audit is that Guyana does not have any significant safety concerns. This was supported by the findings of a US Transportation Safety Administration audit done two weeks ago.

“It encourages airlines to really come into a safe zone. Nobody likes to fly into a place where there is chaos, where there are no proper procedures. So, it is indicative the aviation industry is on the rise,” said the DG Field.

In relation to improving the current 76.96 percent rating DG Field explained that GCAA will continue to the process of modifying procedures and manuals and recruitment of staff

ICAO conducted the audit during the January 14-21 period in which a comprehensive review of procedures, manuals and legislations was done.