Georgetown, Guyana, February 17, 2017 – As government continues to make strides to further develop Guyana’s cattle industry, Agriculture Minister Noel Holder, yesterday led a team to carry out field visits to prominent cattle farms in Region Ten. One of the ranches he visited was the Mohammad Ranch – located at Moblissa, Region Ten.

With the guidance of the Guyana Livestock Development Authority (GLDA), cattle farmers are now being afforded a number of technologically advanced services which will allow them to improve and increase their stock. Farmers are also now able to take advantage of expert services being offered by the authority through its extension services.

The owner of Mohammad’s Ranch, Mr Hakim Mohammad expressed his gratitude to the government for their continued support and also thanked Minister Holder for the services offered by GLDA.“I am very grateful for the services and assistance that I’ve received from GLDA in helping me to develop and improve my herd.” Mr. Mohammad said.

A five year plan has been developed that will see rapid increases in genetically modified stock country wide. Through the introduction of improved breeds and gained knowledge of new technology, government is seeking to ensure that the marketability of cattle is reduced from an average of four to five years to two or two and a half years. 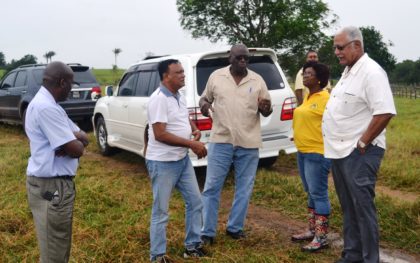 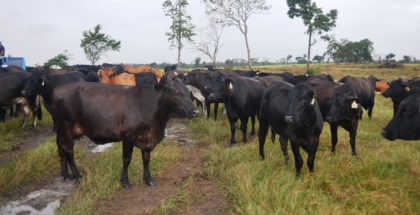 Some of the cattle at Mohammad’s Ranch