The Coalition Government’s stewardship of Guyana’s economy will see the country continuing on the path to prosperity. This was expressed by Minister of Finance, Hon. Winston Jordan during an interactive community meeting at Gibraltar Primary School at Fyrish, West Coast of Berbice.

The minister reminded that given imminent oil production the next General and Regional Elections will be crucial to the continued development seen under this administration. He said citizens must remember that the development within their communities demonstrates that the government is for all Guyanese. 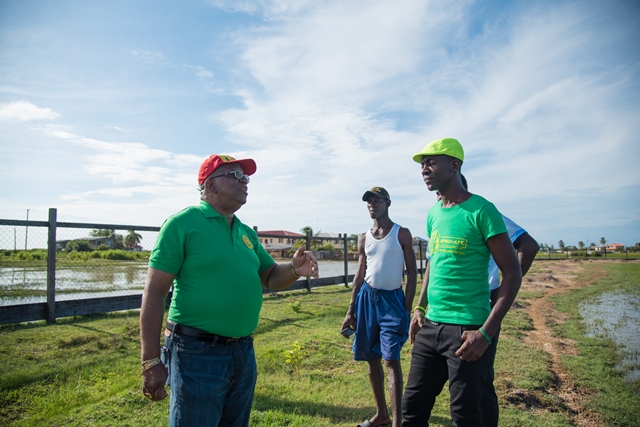 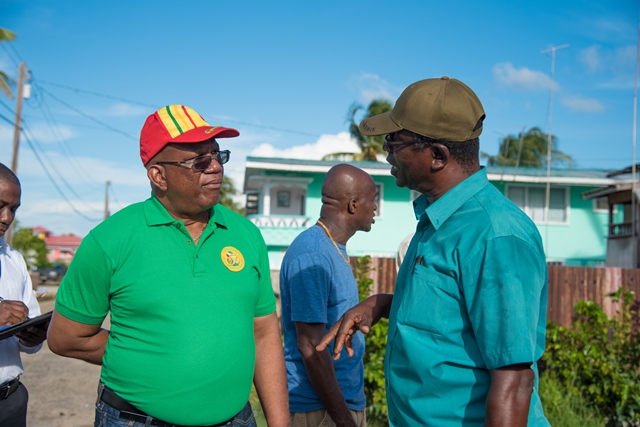 Minister of Finance, Hon. Winston Jordan in discussion with a resident of Fyrish West Berbice, during a walkabout in the community. 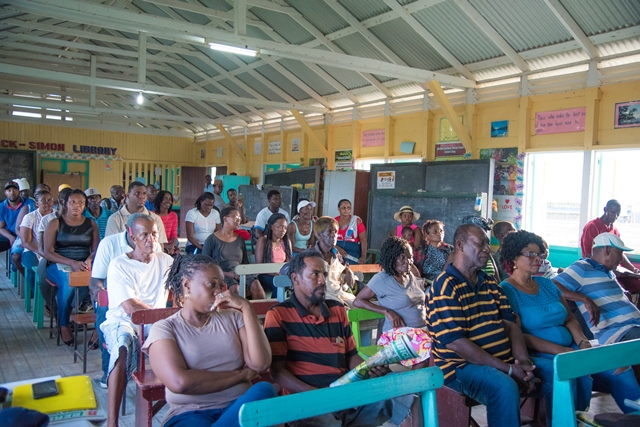 A section of the audience at the community meeting in Fyrish, West Coast of Berbice.

He urged “Get registered, don’t be fooled. Don’t get caught in any trap. You have to ensure that you do so and encourage all your friends and relatives to get registered. If you want equitable progress to continue, vote.”

He reiterated that under the previous administration, citizens lived under ‘a dark cloud’; however, the economy is now breathing.

Modern infrastructure for better regional connectivity, the restoration of free education from nursery to university, was highlighted by the minister. He urged all to get prepared in terms of qualifications, particularly for the emerging oil and gas sector and its supporting industries.

“There is dignity in all kinds of labour… We have to prepare ourselves educationally and vocationally.”