Sunday, January 27, 2019 – Georgetown, Guyana:  The inconvenience of joining a line to access water and fetching it for long distances will soon be a thing of the past for the residents of Durban Backlands Squatting Area. This is following an intervention by the Guyana Water Incorporated to bring relief.

The squatting area aback the Chinese Embassy on Mandela Avenue, which is seeking to become regularized, is home to over 2500 persons. The residents currently access water from limited makeshift standpipes and the East Demerara Water Conservancy. While regularization is yet to be done, GWI’s Managing Director, Dr. Richard Van West-Charles responded to a request by village representative Mr. Kyle Solomon to provide easy access to potable water to the families residing there. 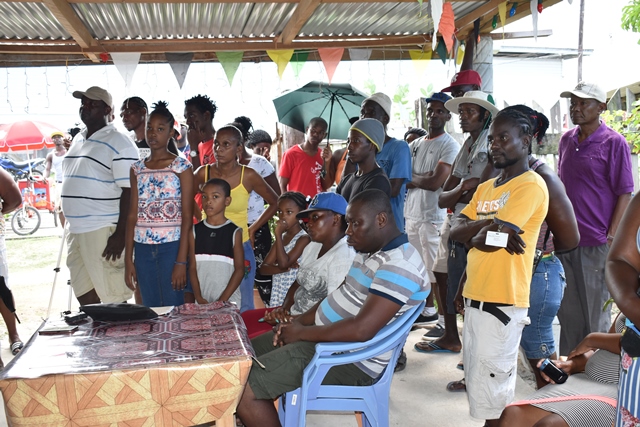 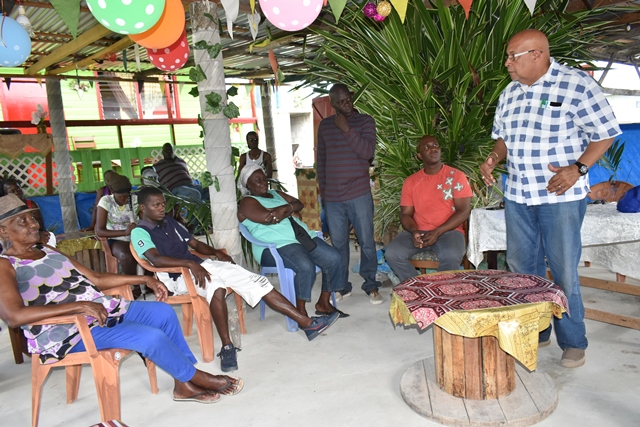 After being made aware of the need in the area, the Managing Director, accompanied by Mr. Solomon, Dr. Astell Collins of the Ministry of the Presidency and other GWI officials conducted a walk-through in the community on Friday, January 25.

Later that day, a GWI technical team returned to map out the area and determine where lines are to be laid and standpipes to be erected.

On Saturday, January 26 the team held a community meeting with residents to inform them of the works to be undertaken.

GWI’s Georgetown Manager Mr. Curtis Niles informed them that works will commence on Thursday, January 31 with the clearing of lands. Following this, they will move to strategically erect a total of 24 stand pipes along the village tracks. He also noted that some adjustments will have to be made to some property boundaries so as to facilitate the project.

Dr. Van West-Charles advised against tampering with GWI’s infrastructure, noting that such actions are illegal and can cause contamination in the pipeline.

“Once we proceed and we begin to layout, then we can move to the stage where you become customers because you’ll have addresses and we can arrange for you to have access into where you live. However, when that occurs you have to commence paying”, Dr. Van West-Charles reminded.

The Managing Director also instructed residents to desist from constructing their sanitary facilities on the boundary of the conservancy. He added that GWI’s sanitation department will be contacted to assist with the construction of sanitary blocks and septic tanks, in order to employ the correct method of human waste disposal.

Mr. Solomon thanked Dr. Van West-Charles, Dr. Collins and the GWI technical team for promptly fulfilling their request and relieving their prolonged burden of having to fetch water from far distances.

Many of the other beneficiaries also expressed their gratitude to have access to potable, running water for the first time.

Ms. Tamika Stephen said “I feel happy because I have 5 children and I does use the water from the blacka so they get ringworm  so I carrying them to get treatment and sometimes I throw bleach but when I ain’t get money to buy bleach, it raise up back again. So I grateful and happy.”

“I live here a long time, I fetch so much water till my hand corn up so I really glad for the water and I like wear white clothes. I like at the back here and I glad they start put interest in the community”, said Mr. Ziggy London, who has been a resident there for over seven years.