The family law court jurisdiction should address all family matters and reduce the backlog of cases at the Magistrates’ Courts and reduce the number of young people being sent to jail.

Justice Abdullahi Zuru of the Commonwealth Secretariat implored the Hague Conference on Private and International Law (HCCH) to consider “reworking” Article 2 of the Choice of Courts Convention to “see how we can assist and protect children.”

A major focus of the regional conference was on international family law particularly the promotion of human rights. The first day sessions reviewed the convention on the protection of the child. 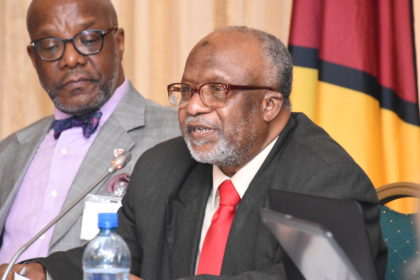 The two-day meeting was held at the Pegasus Hotel, Georgetown.  Justice Zuru said that all the discussion of the protection of the child focused on civil and private international law, but, the state has an equally important role to play in children’s protection.

Justice Zuru lamented the trying of juvenile cases in the Magistrate’s Court and opinioned that the recently opened Family Court should have jurisdiction to hear all family matters.

“Day in, day out, you see that juvenile young boys, young girls…involved in crime and they are taken to magistrate’s court and sometimes the magistrate’s court…at the end of the proceeding…those innocent persons are sent to prison,” Justice Zuru explained.  He added that the young people are often times “hardened” by their next court hearing.

Justice Zuru who is based in Guyana, noted that the trying of juvenile criminal matters at the Family Court would also see a reduction in the backlog of cases at the Magistrate’s Court. 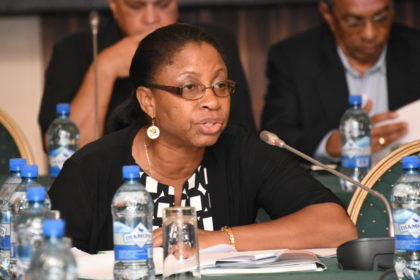 “Is it not our responsibility to think of protecting a child from this angle?” Justice Zuru questioned.

However, Latin American Representative of the HCCH, Ignacio Goicoechea pointed out that the scope of the Hague Conventions deals primarily with private international law that are a civil or commercial matter and does not try to “harmonise substantive laws”.  “So juvenile justice is outside our scope and we cannot help you. We have to admit that the Hague Conference is not the panacea that will solve all the matters,” Goicoechea said.

It was also pointed out by Guyanese Justice Roxanne George that the Family Court is a high court jurisdiction. “In the context of Guyana, whilst we will be very happy to have the Magistrate’s court being included along with it as is the case of Trinidad, we’ve discussed and we know because of the size of Guyana…it’s just about impossible to have the family matters all come into a high court jurisdiction,” Justice George explained.

Justice George noted that these are “serious access to justice issues” that the country is facing, “and so things like maintenance and so on which are closer to home, the enforcement mechanism in the magistrate’s court is easier and more manageable for litigants.”