─ for a unified and cohesive Guyana

Babu Persaud was among the residents of Number #66 Village, Berbice who was able to voice their concerns to Minister of Business, Hon. Haimraj Rajkumar, during a community engagement on Friday, at Big Ben Square.

Persaud, who was experiencing difficulty with the price of the reconnection fee for his water supply, was immensely relieved when Minister Rajkumar immediately paid a large part of the fee from his own pocket. 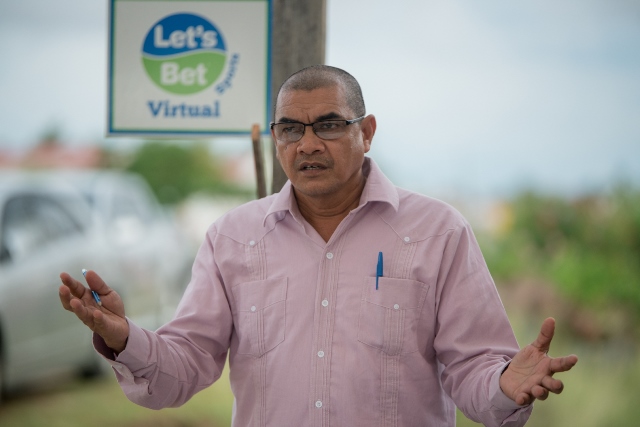 Minister of Business, Hon. Haimraj Rajkumar as he speaks to the residents of Number #66 Village, Berbice. 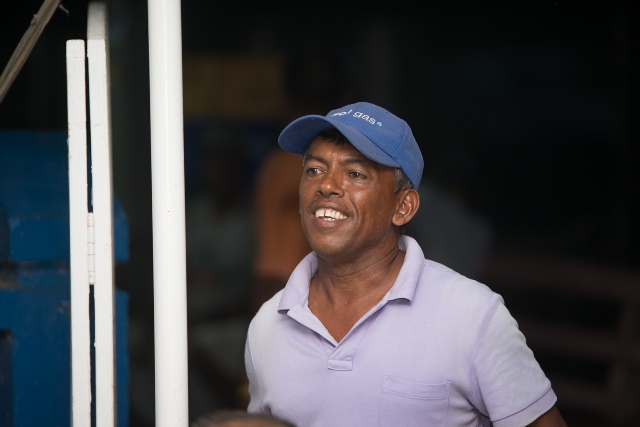 Resident, Babu Persaud who had his concern addressed on the spot by Minister of Business, Hon. Haimraj Rajkumar.

The minister reminded those gathered that the administration is “is working to fulfil the needs of the nation” and as such, will help all Guyanese “big or small.”

Another resident, Ramesh (the only name given) sought the minster’s assistance in a matter concerning himself and another villager, who was preventing him from grazing his livestock on the reserve the government had permitted them to use. Ramesh further relayed that the villager, whose name was provided to the minister, would release the animals from the reserve to wander the streets. Ramesh also claimed that the said villager would make threats to report Ramesh to the police.

In response, Minister Rajkumar committed to having the matter investigated.

In remarks to those gathered, the minister noted that while some regional officials were rejecting the resources provided by the government to develop their communities, nevertheless the Coalition Government is working tirelessly to build a unified and cohesive Guyana.

“The government is supporting the development of each community while ensuring each citizen has access to a good life.”

Residents were further encouraged to take advantage of the loans and grants from the Small Business Bureau (SBB), to establish their own ventures. He cited the many small business entrepreneurs across the country who took the leap and are now managing their own businesses.

“Start small, practice self- management and have faith in yourself and you will be successful,” he advised.