The 20th annual Upper Mazaruni games was officially commissioned yesterday under the theme – “In the spirit of unity, we claim victory.”

Speaking at the opening ceremony on the National Sports Policy, which is currently being framed  President David Granger said, “These games are pointing Guyana in the right direction. These games are an excellent example of what I believe in… Sport can be a tool for economic development. It can create employment, stimulate business and attract tourists…” The policy seeks to ensure that all Guyanese collaborate and develop their talents in different areas of sports. 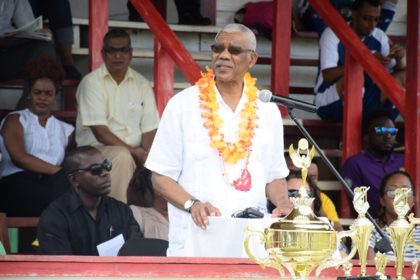 The President of the District Sports Committee (DSC) in Region Seven (Cuyuni-Mazaruni) Rudolph Wellington told the Department of Public Information that prior to 2000 the Region only played football, however since the establishment of the DSC- they have expanded to volleyball, aquatics, archery, and track and field events, among others sport activities.

Over 500 females and males from the various Hinterland villages including Paruima, Waramadong, Kamarang, Kako, Jawalla, Phillipai, Imbaimadai, Chinoweing, Quebanang, Kaikan, and Arau, will be participating in the games.  Competing for the first time is a team from Chenapau, Region 8 (Potaro-Siparuni) and another from San Juan near the border with Venezuela.

The 11-member team from Chenapau ventured two flights (over one hour of travelling) to participate in this event. Abel 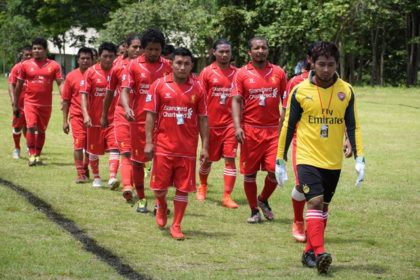 Anthon, a member of the team said they are grateful to be a part of the games, “because their village has nothing like this …”.

Sandro Edmond of the Paruima Sports Club noted the outstanding job that the DSC has done in preparing these games and encouraged other districts to form such bodies. While Gerald Isaacs of Waramadong opined that participating in a sport is good for your health as well as your discipline.

Football player McFarlane George from Kamarang was proud that his community could host such a competition, and hopes his indigenous brothers and sisters in other outlying regions have the opportunity to benefit from such an event.

Meanwhile, Minister within the Ministry of Communities Dawn Hastings-Williams believes that along with the district’s sporting talents, the Upper Mazaruni area will be transformed into a tourist destination.

President David Ganger encouraged residents of the Hinterland regions to continue hosting such games as they served not only as a hobby for youths, but created a more cohesive society. 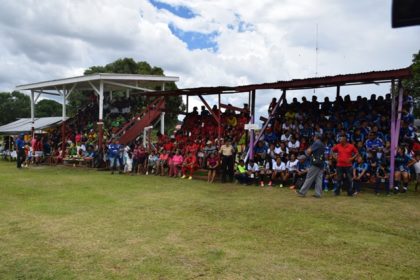 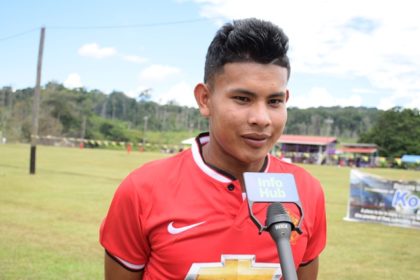 McFarlane George from Kamarang speaking with the Department of Public Information.