– “There is no magic wand that is available; there is no silver bullet. It requires commitment and determination to see this agenda through”

It could take at least two more rounds of Local Government Elections (LGE) before Guyana can fully appreciate the tremendous gift it has through the restoration of local democracy. This view was expressed by Minister of Communities, Hon. Ronald Bulkan. 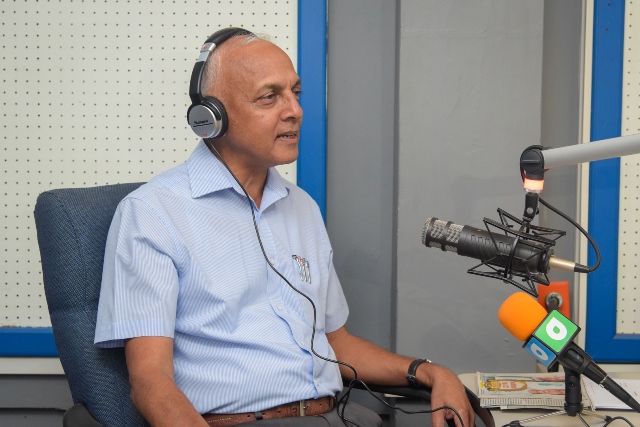 Minister of Communities Hon Ronald Bulkan during his appearance on VOG

The minister believes that soon enough, however, the system will become institutionalised, and people in communities all across Guyana will be convinced that local government is a more superior model than the “winner takes all” approach.

The minister was a guest on the National Communications Network’s (NCN’s) programme ‘For the Record’ this afternoon.

In the absence of LGE, the previous administration had dissolved over 38 Neighborhood Democratic Councils (NDC’s) and replaced them with Interim Management Committees (IMC’s). Through those IMCs, the then central government controlled the operations of local communities.

Minister Bulkan said that the local government system had over the years, been subjected to a lot of pressure, which resulted in the degrading of capacities within councils and communities. Restoring capacity within such a framework, he noted, remains an “arduous task”.

“We certainly started and are committed to attending to ensure that this programme that will ensure for the restoration of capacity within this system is followed in earnest continuously,” Minister Bulkan said.

The role of local government is dictated in Guyana’s Constitution. His Excellency, President David Granger, has stated that Guyanese cannot be deprived of their democratic rights – a right that is enshrined in the constitution. However, working to restore local democracy is not an “overnight job,” Minister Bulkan noted.

“There is no magic wand that is available; there is no silver bullet. It requires commitment and determination to see this agenda through,” he affirmed.