Guyana’s Ambassador to Brazil, George Talbot, says Guyana should look more closely at increasing its trade with Brazil, as both countries have much to offer. 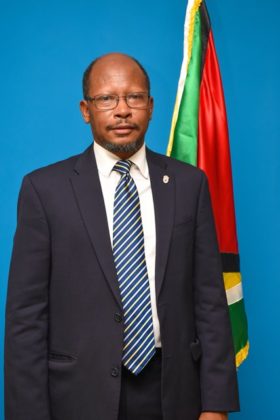 Speaking with the Department of Public Information (DPI) recently in Brazil, Ambassador Talbot said Guyana provides an opportunity for the northern part of the Portuguese speaking nation, to increase its potential for imports and exports.

“I think it is very important that we look more closely at the potential of trade with Brazil giving the size of the market and the range of enterprise and productive activity which is immediately on our doorstep.”

He noted, bilateral trade is growing at a moderate pace between the two countries, however, accounting on Guyana’s export and import to its neighbour reflects a small percentage of total trade.

“In Guyana’s case, we export less than 1.5 percent of all exports to Brazil and import not much more from Brazil in terms of percentage of the total trade,” Talbot said.

However, for that to develop, Ambassador Talbot pointed out that the issue of infrastructure – linking the two countries, becomes important. Since his placement in July of 2016, the ambassador said that area has been topping his list. Between the two countries, there have been many high-level meetings, elevating what he described as the tone of the relationship and which have contributed to substantive movements in the areas of focus.

Regarding infrastructure, the Ambassador reminded that the agreement to support joint action between the two countries for developing the engineering design for the Lethem road has already been signed.

Meanwhile, Ambassador Talbot said Brazil remains a willing and receptive partner towards development. He spoke of the agreement for the drilling of wells, transfer of expertise and technology and building the capacity of the local interlocutor including the Guyana Defence Force (GDF) and other similar agencies. There are also other areas of collaboration in the technical fields as it relates to agriculture. Work is also ongoing on a corporate and investment agreement, the ambassador explained. He said the National Authorities here in Guyana are currently examining a proposal by Brazil for an agreement in this regard. It is hoped that some closure will be had for this by the end of this year.

Another area of grave importance, Ambassador Talbot highlighted the Partial Scope Agreement (PSA), which he sees his role as needing to remove any form of impediment and in every area; trade, investment, infrastructure integration or cooperation on security.

“The work of the embassy cannot be done in isolation. It is a work that requires the support of all branches of government, all sector agencies, all cabinet ministries and actors beyond the government as well,” he told the DPI.