The process of integrating the Guyana Sugar Corporation’s (GuySuCo), La Bonne Intention (LBI) and Enmore estates is set to be completed by the beginning of the second crop scheduled to start later this month.

Chief Executive Officer of the corporation, Errol Hanoman, told the Government Information Agency (GINA) recently that, “I think there has been a lot of misunderstanding of what is happening at LBI. The fact is when the LBI factory was closed, very little else was done to rationalise the operation.” 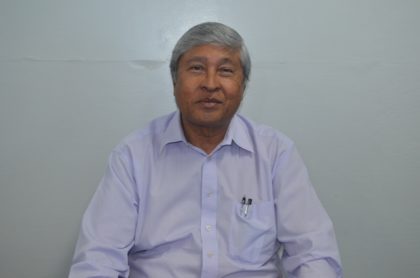 The streamlining of operations at the two estates began in 2011 to increase efficiency and reduce production costs, but was left incomplete with mill dock, field labs and field workshops duplicated at the estates. “What this situation was doing is taking the cost of production of the East Demerara Estates through the roof and there’s no way we can allow that to continue, so all we are doing is completing the integration of LBI and Enmore estates,” CEO explained.

Hanoman pointed out that , “there are vacancies at Enmore Estate as well, so what we are doing is; where ever we can, we will fill vacancies at Enmore with those people who are no longer required at LBI so that we don’t expect that there will be a very significant number of people being made redundant.”

In 2011 the previous government and GuySuCo’s administration had moved to consolidate operations of the East Demerara Estates, combining the LBI and Enmore estates in an effort to improve labour turnout and productivity of the Enmore estate.

This is in keeping with the government’s thrust to reorganise and diversify the heavily indebted corporation as a means of making it profitable and independent of government’s subventions. The company has already received from government in excess of $21 Billion for this year thus far. The CEO said at the current trends, GuySuCo will need an annual subvention in excess of $10 Billion.

Government had also indicated its intention to merge the Wales and Uitvlugt operations in Region Three. In May, Minister of Agriculture, Noel Holder, had stated that Government was examining the feasibility of converting the Wales Estate factory into plants that will process dairy products and fruit juices among other products.

The re-organisation of the West Demerara factory will create opportunities for local farmers since Minister Holder foresees lands which will no longer be utilised for sugar cane cultivation being allocated to them for cattle rearing, and cultivation of various crops, which will be required for the operations of the juice plant.

“This administration has now rationalised the Wales situation where you join Wales and Uitvlugt so that the Uitvlugt factory can now work at 100% efficiency.”  The latter is operating at 50 percent productivity.

The merger is in keeping with government’s quest to diversify and make GuySuCo more efficient, the Agriculture Minister emphasised.

Agricultural workers at Wales have been offered employment at Uitvlugt where there is enough work for all of them, according to GuySuCo, but some have opted for severance pay.

GuySuCo had stated that Wales factory, the oldest in the country, is inefficient, hence the decision to convert it into a viable alternative. The corporation said that tremendous amounts of investments would be required for its rehabilitation, money that the government could not afford.

The Government’s thrust to rebrand GuySuCo as an agricultural entity is hinged on the company being heavily dependent on government’s subventions and the imminent removal of preferential prices for sugar on the world market.