Director of Sport, Christopher Jones said that the recently concluded Inter-Guiana Games (IGG) was quite revealing.

In an interview with the Government Information Agency (GINA), Jones stated that Guyana does not have sports as an integral part of its schools’ curriculum, but its athletes performed to the best of their ability.

Jones explained that the teams’ members essentially were individuals that were brought together in just about three months’ time and work had to be done to ensure that there was unity. 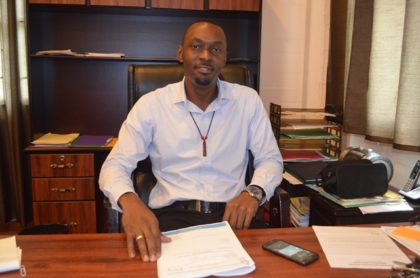 The Sport Director expressed overall satisfaction in all the activities that took place during the IGG and emphasised the tremendous talent that Guyana’s athletes possess. He noted that sports needs to be re-implemented into the schools’ curriculum.

At the level of the Education Ministry and policy level, discussions have already started. Jones pointed out that some proposals on the re-implementation of sports in schools are being worked on and will be submitted for discussion at the next policy meeting.

“We are hopeful that very soon we will be able to articulate a policy that we can put forward to Guyana and say, hey this is the direction that we will go,” Jones told GINA.

The Director of Sport however, pointed out that not all of the disciplines will be implemented in schools at the same time. What they are planning to do is identify those specific disciplines that the Ministry and Commission want to carry and implement those, while lending support to the others.

Jones is hopeful that once such a curriculum is integrated into schools, if not in 2017, but in 2018, this will see Guyana medalling in IGG because “Guyana’s athletes have raw talent,” he reiterated.

When asked for an update on the Sports Policy, the Director stated that the policy is now dated, and that under the previous administration a consultant from Canada was hired and the wording was not quite suited.

“… to review that document, we are using essentially a local person, and of course those consultations will soon start, (and will be) as wide as possible,” Jones stated.

Jones further explained that in the draft document, the consultations were wide and in meeting with the various associations they would have assured the commission that they had an opportunity to contribute to the document.

Outside of the policy, facilities will be needed as well, Jones noted. He added that the policy and facilities should be running neck and neck, and that it’s an area in 2017 that the administration has to speed-up on.

“… in 2015/2016, we would not have fulfilled that mandate in my view, in our mandate as we set out to do, and I am hoping that we can see an acceleration of those facilities across the country.”

The Director of Sport emphasised that sports bring about unity among each other and noted for the year 2017 their theme will be, “Light It Up”.