The Government has established an inter-Ministerial taskforce to address social issues of alcoholism, sexual and domestic abuse and suicide that are plaguing Baramita, in the Matarkai sub-District, Region One.

Ministry of Indigenous Peoples’ Affairs, Ministerial Advisor, Mervyn Williams said that Baramita is a troubled village, given the social ills and the realities which existed during the last decade. 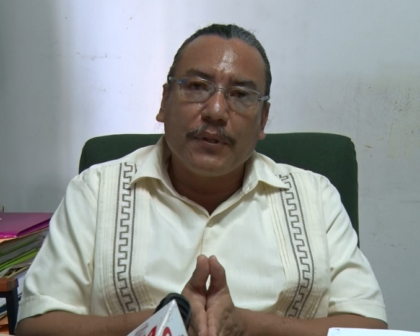 During an interview with the Government Information Agency (GINA), Williams explained that when the Government took Office in 2015, it immediately established a task force that comprised the Ministers of Indigenous Peoples’ Affairs, Communities, Social Protection, Public Security and Health. This taskforce has set about finding solutions to the problems facing the indigenous community.

Williams was responding to calls by the Guyana Human Rights Association (GHRA) for the Government to  pull back the slide in human and social standards in Baramita after the organisation researched and compiled a report entitled ‘Impact of Mining: Survival Strategies for Interior Communities in Guyana’.

Williams said that the issues affecting the community cannot be addressed overnight; however with continued collective efforts, with all state agencies, and other organisations, government will eventually bring solid lasting solutions to the crisis in Baramita.

In the interim, with assistance from the Guyana Geology and Mines Commission (GGMC), shops operating illegally have been shut down in the mining areas. There were also visits by the Guyana Police Force (GPF) attending to unlawful vending of alcohol in addition to other criminal activities. The Ministry of Health also conducted outreaches in the area; the Ministries of Indigenous Peoples’ and Education also collaborated and have established the hot meal kitchen at the Baramita Primary School.

“There have been countless interventions since the Government has come to office. Baramita prior to May 2015 was nowhere in the news as it related to suicide, and all of a sudden the world recognises that Baramita has a suicide problem. In tackling that issue, there has got to be some focus on the culture of our people, and an examination of what are the issues that give rise to that behaviour…no one as far as I’m aware has licence to sell liquor in Baramita, but is being sold,” Williams said.

He added that, “ There are allegations that the police are not doing enough, but there is also a responsibility on the part of the people who operate their businesses to act responsibly,” Williams noted.

Baramita is the largest Amerindian settlement in Guyana, and the biggest Carib Village in the Caribbean. It has a population of about 3,000. This community’s main economic activity is mining.