Managing Director of the Guyana Water Incorporated (GWI,) Dr. Richard Van West-Charles has credited the millions invested in staff development as a reason behind the company’s recent success in improving its service delivery.

Dr. Van West-Charles was at the time addressing GWI’s Prize Giving and Awards Ceremony, in observance of its 15th Anniversary celebration, at the Umana Yana on Tuesday evening. 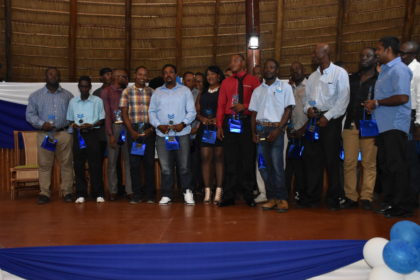 According to Dr. Van West-Charles from October 2015 to May 2017, GWI, which has 10 branches nationwide, has invested approximately $67 Million in training and developing its employees.

The investment has also covered improving occupational health and safety to ensure that its workforce is protected in the working environment. “Development cannot be achieved and sustainable without human capital, hence investment in our workers is paramount. Thus, in GWI, as we sought to embark on a road, over the past 20 months of striving to gain efficiency and more effectiveness, in our service delivery, we conducted gap analyses, in the different departments, and used them to guide our investments with our  workers,” the Managing Director explained.

He pointed out that, “The evidence is there that productive companies are as a result of happy employees. So we have to ensure that you the workers are comfortable in the workplace, that the principles of fairness, equity and justice are applied, because when we are doing this, there is commitment and loyalty to the company and hence loyalty to the population,” Dr. Van West – Charles explained.

The last 20 months was an important period for GWI, which recorded results of providing more than 100,000 residents with service for the first time.

Talking about the workforce behind the company’s success, Dr. Van West-Charles said, “Many of our citizenry do not know, when the system breaks down, the long hours that the workers have got to work.”

The Prize Giving and Awards Ceremony culminated a month of activities, which marked the 15 year anniversary of the merger of the Guyana 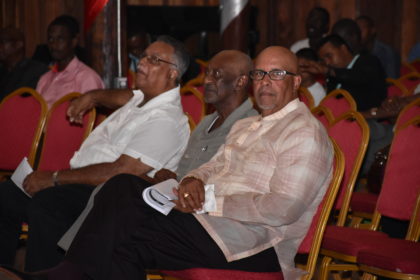 Managing Director of the Guyana Water Incorporated (GWI) Dr. Richard Van West – Charles and Minister within the Ministry of Social Protection, with responsibility for labour, Keith Scott at the Prize Giving and Award Ceremony at the Umana Yana

Minister within the Ministry of Social Protection Keith Scott, hailed the management and the workers for their achievement. “I want to congratulate both employees and managers for the contributions which they have made to make the marriage between the two organisations a success,” Minister Scott said, delivering the keynote address at the prize giving and award ceremony.

The minister with responsibility for labour also hailed the company’s worker-management relations, saying that it was worthy of emulation. “I think that what we are witnessing is an excellent example of a company recognising the contributions its employees have made and have decided to give back to them. Award ceremonies such as today’s event are not unknown in the business environment, but I believe that this is one with a difference. It is different because it synchronises the organisation’s goals with those of the individuals, and at the same time encompasses the sixth of the United Nations 17 Sustainable Development Goals (SDG’s),” the minister said.

He noted that employees who serve the longest add the greatest value to the companies, pointing out that, “They help to promote efficiency and in the process augment productivity which is of premium value these days.”

“Management can never put an actual value to the institutional knowledge which is deposited in many of you who must be regarded as important parts of the whole. These days when employees are somewhat mobile, moving from place to place in search for the ideal job, many of you have chosen to remain here and demonstrate what is known as occupational fidelity to the GWI. For that, both employees and management need to be applauded,” the minister said.

GWI’s Prize Giving and Awards Ceremony saw close to 60 employees being recognised in various categories including for their years of service ranging from 15 to 42 years and most outstanding and improved in customer service operations. 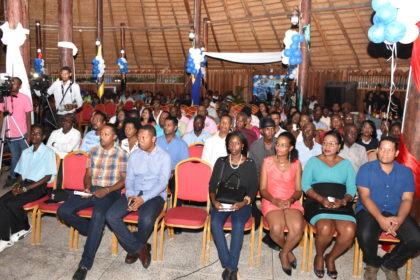 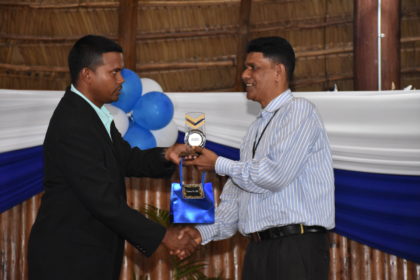 Infrastructure Planning and Implementation Director for the Guyana Water Incorporated (GWI,) Ramchand Jailall. Ramchand Jailal presents a staff with his prize and award for completing 15 years with GWI