“It is clear we kept our word: zero tolerance to corruption” – Min. Broomes at SARA’s walk against corruption

The State Assets Recovery Agency (SARA), in collaboration with international partners, organised a walk to promote the importance of citizens involvement in the fight against corruption. 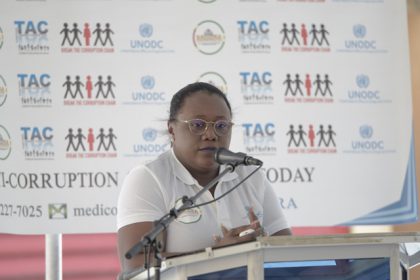 Minister within the Ministry of Natural Resources, Simona Broomes.

The symbolic march began on the corner of Camp and Lamaha Streets today. In remarks before the march, Director of SARA, Dr. Clive Thomas, noted that the agency cannot fight corruption alone but needs a helping hand from the public.

The passage and ascension of the State Assets Recovery Act in May 2017, which makes provision for the establishment of SARA, exemplifies the anti-corruption thrust of the government, Minister within the Ministry of Natural Resources, Simona Broomes noted. “It is clear we kept our word: zero tolerance to corruption.”

Minister Broomes also reiterated the importance of all persons working together in the fight against corruption. “Corruption is something that we should speak out against, we should all fight to have a country free of corruption,” Minister Broomes said. 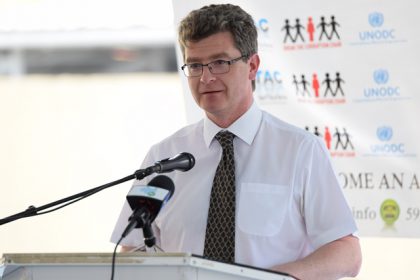 British High Commissioner to Guyana, Gregory Quinn, commended Guyana for its progress in the fight against corruption and highlighted the country’s upward progression on the International Transparency’s Corruption Perceptions Index.

The High Commissioner noted that corruption corrodes the fabric of society and undermines institutions of society, it is an obstacle to democracy and depletes national wealth.

“There can be no escape and no impunity for those who are corrupt regardless of where you are, regardless of who you are everyone must act within and be subject to the laws of the land,” High Commissioner Quinn stressed.

He emphasised the need for proper reporting systems and systems to protect those who report wrong-doing. In making this a reality, last year Guyana introduced the Protected Disclosure Bill and Witness Protection Bill.

A section of the Corruption Convention places emphasis on the recovery of assets which is of particular importance to developing countries like Guyana, Anti-Corruption Advisor for UNODC, David Robinson noted. 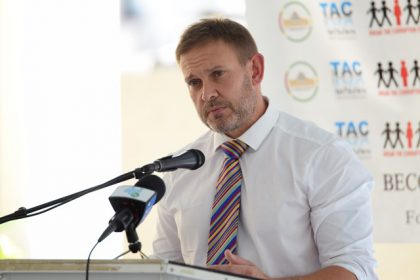 Robinson pointed to the passage of SARA legislation, which he said is “a major step in the right direction” by the country to comply with the Corruption Convention which it signed onto in 2008.

“The Act helped Guyana meet a number of its obligations pursuant to the Convention. And while there is significant work yet to be done, it is, of course, important the first steps are taken,” Robinson said.

Robinson also pointed out that there has been “a great deal of misunderstanding” surrounding SARA. He clarified that there are many jurisdictions that have recognised the importance of seizing unlawfully obtained assets.

“SARA’s current initiative and the one we are here to celebrate represents one further step along the road, the road towards a brighter future. A future where, if we all work together, corruption and its highly damaging effects are relegated to a footnote in Guyanese history,” Robinson said.

Director of SARA, Dr. Thomas, pointed out that the agency seeks to keep its autonomy and independence from the executive body to ensure it effectively carry out its function.

SARA is enabled to investigate, trace, identify and recover unlawfully obtained state properties, wherever in the world it is located, through civil proceedings. 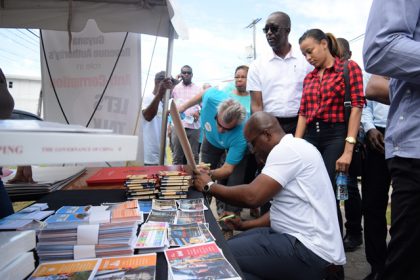 A commitment board and booth with anti-corruption information was set up outside GRA along the walk route. 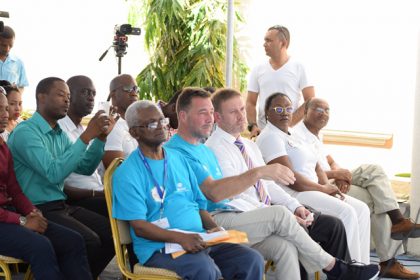 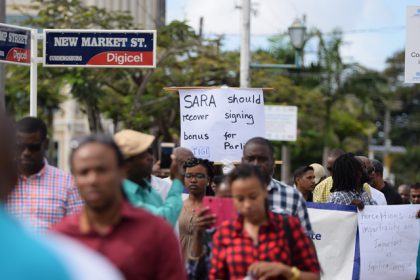 Persons walking in the fight against corruption.