Police are investigating the theft of refrigerators, gas stoves, gas cylinders and other equipment from a building undergoing renovation to be used as a quarantine facility in Lethem (Region Nine) amid the COVID-19 pandemic. 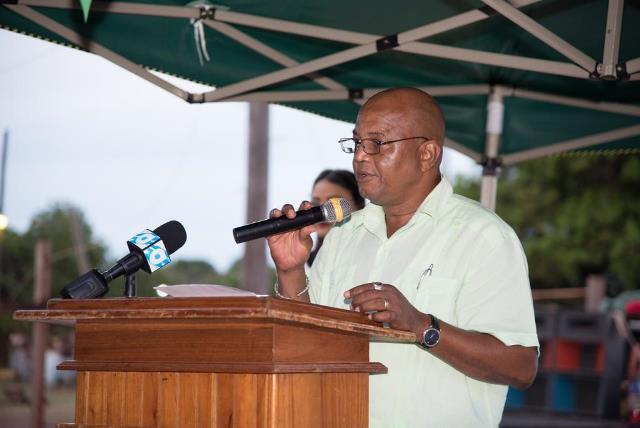 A suspect is currently being held in custody but claims to not know of the larceny. However, the police department is currently investigating several leads.

REO Parker explained that given Brazil’s rapid increase of the novel coronavirus it was decided to renovate the old malaria eradication building to be as a quarantine facility. Lethem lies on the Takutu River, which forms the border with Brazil.

Parker noted that to date, Lethem has not recorded any case of COVID-19, however, assured he along with the that the Lethem COVID-19 Committee are closely monitoring the situation.

He appealed to residents to cease from illegally crossing the border and commended neighbouring villages for working together to limit traffic through their villages and to prevent illegal crossings.

Aishalton, Annai and St. Ignatius are among those villages.

According to REO Parker, there are approximately 300 Venezuelans in Lethem – who have been identified as the more vulnerable population in the region to novel coronavirus.

“Due to the absence of permanent jobs and residency, our Spanish neighbours are constantly on the road seeking any means necessary to provide for themselves and their families,” he said.

The REO said the Lethem COVID-19 Committee is working with the Chairman of the National Toshaos’ Council (NTC), Nicholas Frederick, the Guyana Revenue Authority (GRA) Customs, International Organisation for Migration (IOM), and other establishments to mitigate the illegal crossing issues.

Parker thanked the police and army for their diligence and hard work as they grapple with enforcing curfew and illegal activities. He urged all residents to adhere to the Ministry of Public Health’s safety guidelines.