Marsha Jordan, seven months pregnant, was killed a result of a freak storm that hit the village of Jawalla in Region 7 (Cuyuni-Mazaruni) late Friday evening.

In an exclusive interview with the Department of Public Information (DPI) Regional Chairman of Region Seven, Gordon Bradford confirmed that the storm resulted in the death of the pregnant woman, whilst one of her daughters was injured. Gordon reported that the woman and her two children (three and eleven years old) were sheltering under a house during the storm when it collapsed. 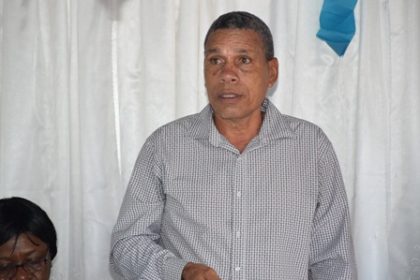 The Regional Chairman said that the neighboring villages of Phillipai, Paruima, Waramadong have not been affected to date. Also the satellite village Wynaling has not been affected. However, due to heavy rainfall and the storm, Kamarang’s power supply has been knocked out. A team will be sent into the area Monday to restore power.

Gordon and a Civil Defence Commission (CDC) team will head into Jawalla on Monday to assess the situation first hand.