A proposal by the Region Eight Administration to expand the range of educational classes to be offered at the Kato Secondary School is with the government. The school is yet to be completed. 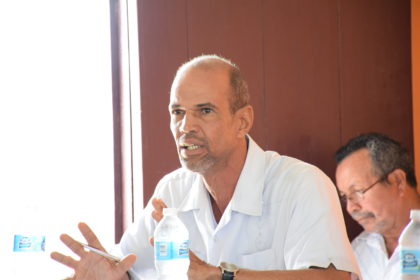 Regional Executive Officer, Rafel Downes, said the proposal caters for adult education and in-house training for teachers stationed within Kato and the sub-region.

Downes explained that the proposal came about following meetings with parents, teachers and community leaders.

The meetings highlighted the need to boost the capacity of the educational stakeholders so as to improve the academic performance of students in the sub-region.

Downes explained that in response, the Region Eight Administration completed and submitted to the government, a proposal for adult type education to be offered to parents and other stakeholders. It was proposed that the school could be used as the venue for the classes.

“This is essential in helping to reverse the academic performance of the students in the sub-region as the parents would help with the students’ homework, Downes explained.

The sub-region has a below average academic performance especially in the areas of Mathematics and English.

The proposal also addresses in-service training for the teachers that would develop their capacity to teach more efficient and effectively and in a wider range of subjects. Downes observed that the in-service teachers training would be cheaper than having the teachers travel to coastland for training.

The Regional Executive Officer explained that when teachers leave for training, the result is not only a disruption in the family life of the 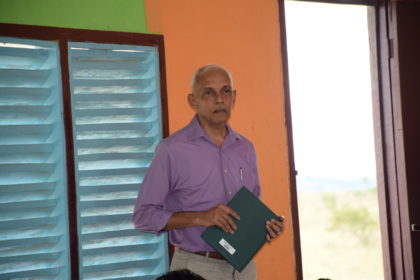 teachers but the functionality of the education institution where the teacher works. The institution, which already struggles from teachers’ shortage, must now function with one less teacher, Downes explained.

Downes said that the proposal is with the Ministries of Education and Finance.

The proposal for the classes for adults and teachers was raised during a recent meeting in Kato between ministers of  government and the Region Eight Regional Democratic Councillors and administration in Kato. Present at that meeting were Minister of Communities, Ronald Bulkan, Minister of Social Cohesion, Dr. George Norton and Minister within the Ministry of Indigenous Peoples’ Affairs, Valerie Garrido-Lowe.

Construction of the Kato Secondary School started under the previous administration but was not completed.

It is envisaged that the school would be self-sufficient with solar energy and agricultural projects being considered.

The solar energy was expected to support students studying for their examinations, completing assignments and provide electricity for all classrooms.

The agricultural projects would have supplemented the food supply for students living in the dormitory.

The close to $1 Billion facility remained unopened after the contractor would have submitted the project as completed to the previous government, some two years ago.

About a year ago, the present government commissioned an assessment of the facility. The assessment revealed several major structural defects that rendered the building unsafe for use. 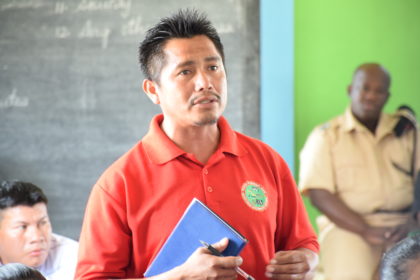 In February, a team of ministers including the Minister of Education Dr. Rupert Roopnaraine, Minister of Public Infrastructure, David Patterson, Vice President and Minister of Indigenous Peoples’ Affairs, Sydney Allicock and Minister of Cohesion, Dr. George Norton, along with a technical team, visited the school to get a firsthand look at the state of the building.

Following the visit, the ministerial team had consultations and engaged the Toshaos and community leaders in the sub-region to address recommendations for remedying the defects.

While engaging the RDC councillors and administration in Kato last week, Minister Bulkan explained that the ministerial team found that the deterioration of the school was “even more considerable” than what was identified by the private firm.

“I believe that we are looking at the minimal and $125 Million to be able to bring that facility up to standard, where we would want to put our children in there, to receive the education that they deserve,” Minister Bulkan said.

The government is hoping to have the school completed in time for the start of the new school year.