“Labour laws must be complied with” – Min. Ally

The Ministry of Social Protection has reinforced its policy on ensuring that businesses and organisations in Guyana operate in occurrence with the stipulated laws which govern the nation.

Additionally, it was emphasised that specifically private businesses “must comply with the laws,” which the ministry will ensure happens. 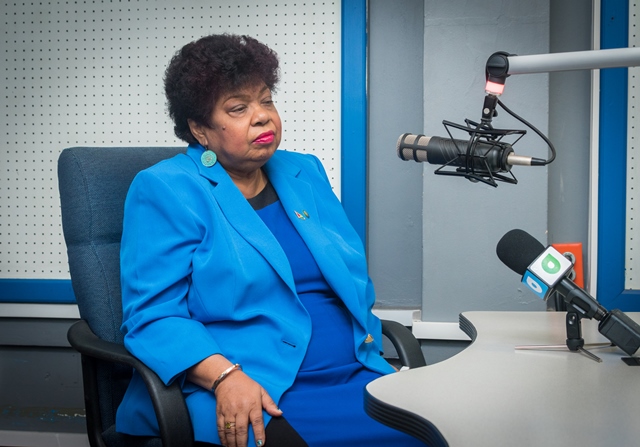 This pronouncement was made by Minister of Social Protection, Hon. Amna Ally, on Monday, during an interview on the National Communication’s Network’s programme ‘INSIGHT’ on Voice of Guyana (VOG).

Minister Ally said that her office has been working to initiate the legal requirements for various agencies regarding the dos and don’ts of employment of staff. According to Minister Ally, just recently a complaint was made to her office about a particular security agency underpaying its workers.

“The situation was investigated and we have found it to be true. We are going to take action because we cannot allow workers out there to suffer … We are going to take the agency to court,” Minister Ally emphasised, adding that there is a possibility that the company’s license will be revoked.

According to Minister Ally, the Labour Department has also encountered situations where managers are deducting monies from employees’ salaries for their National Insurance Scheme (NIS) contributions, but no records of such are being reflected at NIS.

She said presently over 50 employers were taken to court for acting against the law.

“We assure that these practices will not go unnoticed and it is not being harsh to managers. We are seeking to ensure that in all respects they comply with the requirements.”

Further, Minister Ally reminded radio listeners of several initiatives undertaken by the Childcare and Protection Agency (CPA). She explained that the agency focusses primarily on children’s welfare and in some cases caters for their parents. The minister highlighted that currently Regions 3, 4, 6 and 10 are benefitting from training exercises, while works are in place for the remaining regions to commence similar training sessions.

Minister Ally said representatives are in all 10 administrative regions and each location is working to achieve the same goal.