Thoughts of the Titanic, which sunk between April 14 & 15, 1912, would no-doubt take one’s mind to James Cameron’s blockbuster movie of the same name. However, for persons working in the marine environment and foreign affairs, much more comes to mind.

For example, after the sinking of the Titanic, several acts and laws were passed seeking to avoid another catastrophe. New policies were passed; ships now have better safety procedures and construction, constant contact with others on the sea and coastal radio stations, and rightful compensation for maritime injuries. 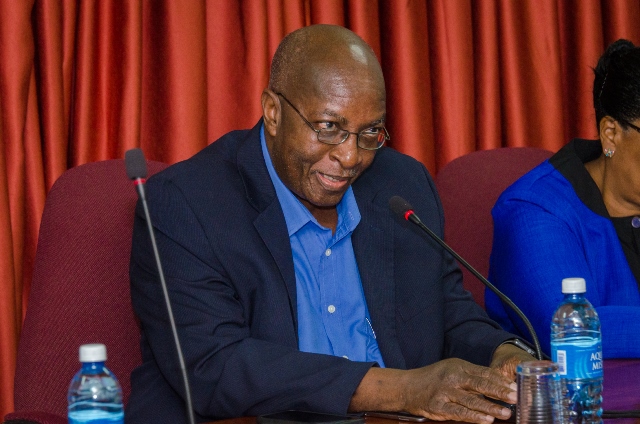 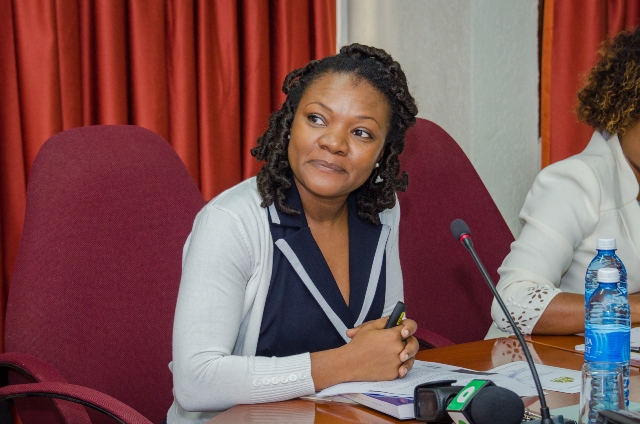 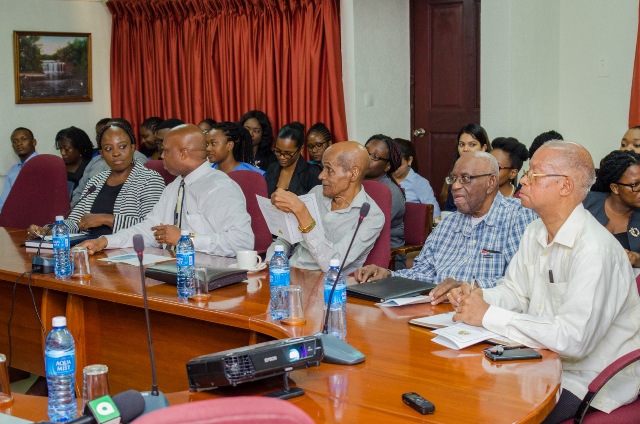 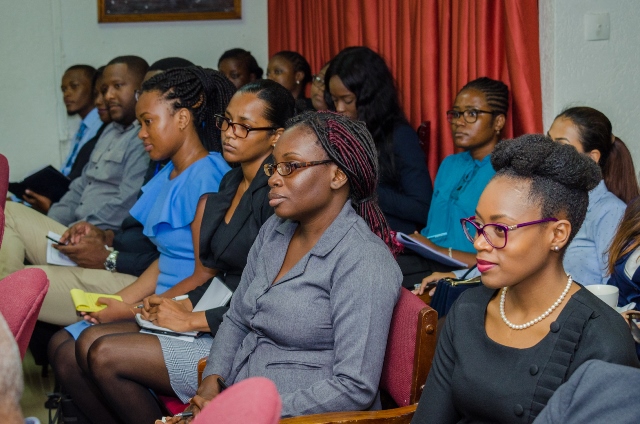 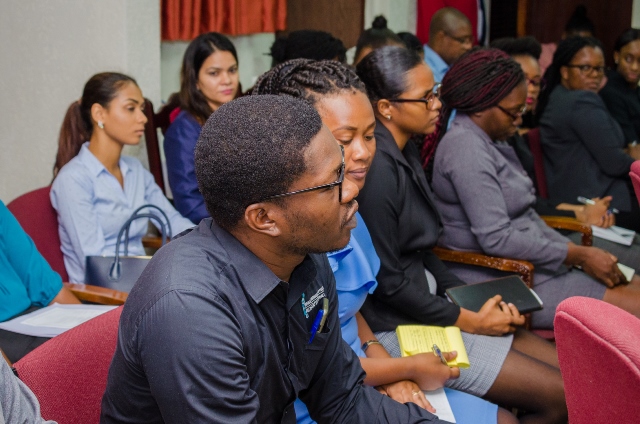 This brings us to Thursday’s lecture at the Ministry of Foreign Affairs, where Senior Foreign Officer I, Donnette Streete, who conducted the lecture, meticulously covered areas such as; the zones of entitlement of coastal states, Guyana’s Martine Zone and some sector-specific maritime issues in relation to Guyana’s Foreign Policy.

Streete, speaking about the Guyana/ Venezuela border matter, explained that the sovereignty of a coastal state extends beyond its land territory and internal waters to an adjacent belt of sea, described as the territorial sea in the United Nations Convention on the Law of the Sea.

This sovereignty extends to the air space over the territorial sea as well as its underlying seabed and subsoil.

Therefore, even as this matter is before the International Court of Justice (ICJ), local laws already in place give the government the right to permit drilling offshore Guyana’s Essequibo region.

“We are blessed with approximately 138 thousand square kilometres of ocean space. This space will bring us much prominence, much wealth, if it is managed properly.” the Snr. Foreign Officer stated.

Speaking of the role of the International Maritime Organisation, Streete revealed new shifts in the laws that will impact countries. “Increasingly, the law of the sea is being developed along functional rather than zonal lines.”

Further explaining that the zonal lines being discussed were maritime zones; territorial sea, exclusive economic zone, continental shelf, and whereas early international law focused on rights and duties of states in their zone and their territories, international laws now were being developed in a way that concerns the particular use of the sea.

“[Example], what does the coastal state use its ocean space to do; economic activities more or less, navigation, fishing etc,” she explained.

This, she added, was being done to ensure countries were held responsible for their actions or actions taken on their behalf.

In the meantime, Foreign Service Institute Director, Ambassador Ronald Austin, told the Department of Public Information, (DPI), that the institute has been mandated to ensure that Foreign Service Officers (FSOs) who have been granted scholarships and other awards to study in different areas, share their knowledge with the rest of staff in the form of lectures.

Lectures were previously held on the foreign policy of the Trump administration and the Environment.

Streete’s lecture was conducted before a pack diverse audience which included the Director of the Foreign Service Institute, other Ambassadors, Justice Duke Pollard, former Foreign Minister Rashleigh Jackson and Major General (retd). Joseph Singh, representatives from the Guyana Revenue Authority, Ministry of Agriculture – Fisheries Department and students of the University of Guyana.