Linden councillors would like to see the decentralisation of government institutions which they say will stimulate the Region 10 community’s economy.

At a meeting with the Parliamentary Sectoral Committee on Natural Resources on Thursday, municipal councillor Lennox Gasper suggested the opening of a gold board office in the bauxite community.

“What will eventually happen is that the miners will stop right here once they know that they can get their gold sold, and they can be able to buy their goods and take it back in. They will ease the extra mileage on their vehicles,” Gasper said.

Gasper reasoned that this will spark expansion within the business community. “Everything will change. I’m asking and petitioning if they can do that,” Gasper told the members of the committee.

The councillor also suggested that other government agencies such as the Guyana Revenue Authority (GRA) be decentralised, as well.

Another resident present suggested a toll system to charge heavy-duty mining and logging trucks for using the roads and use the money towards road repairs. “If we have our own income…they have to pay a tariff because we can repair our own roads,” this would reduce the need to depend on the Ministry of Infrastructure to repair the roads.

Chairman of the Committee, PPP/C Member of Parliament, Odinga Lumumba told Gasper his suggestion was a “brilliant idea” and he would raise it with the Minister of Natural Resources. 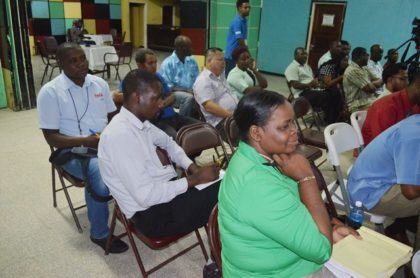 Linden councillors, business officials and Bosai representative during a meeting with the Parliamentary Sectoral Committee on Natural Resources.

Gasper further suggested using the non-operational alumina plant as a processing facility for either lumber or agriculture produce. However, another Councillor, Charles Sampson said, “There is still the possibility of the re-establishment of an industrial zone in that area.” The area he referenced was a plot of land outside the boundary of the alumina plant.

Meanwhile, President of the Linden Chamber of Commerce Kevin DeJonge asked for representation to be made to have the road to Lethem fixed. He said the condition of the road is hindering the effective functioning of the container trans-shipment terminal. 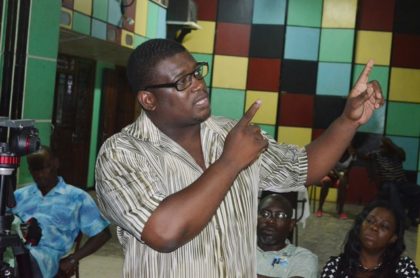 “That container wharf, based on our understanding was short-changed because of the deplorable state of the road,” DeJonge said. It was explained by Lumumba that the road to Lethem cannot be repaired to accommodate containers and needed to be paved. Lumumba also highlighted the high cost attached to have this done.

The APNU+AFC administration last year received recommitment from the Brazilian government to pave the Linden to Lethem road.