—Three remain on the run

Sasenarine Bisnauth, one of the four prisoners who recently escaped the Lusignan Prison holding bay area, on April 19, was last evening recaptured by members of the Guyana Police Force.

Bisnauth is on remand for armed robbery.

A press statement from the GPF disclosed that Bisnauth was recaptured about 20:30 hours on Wednesday in the cane fields aback of Beterverwagting Sideline Dam, ECD.

The statement also said the police caught the escapee without incident even though he was armed with a cutlass.

With the recapture of Bisnauth, the three other prisoners remain on the run.

They are murder accused Kenraul Perez and Ganesh Dhanraj along with Anthony Padmore who was being held for trafficking cannabis. 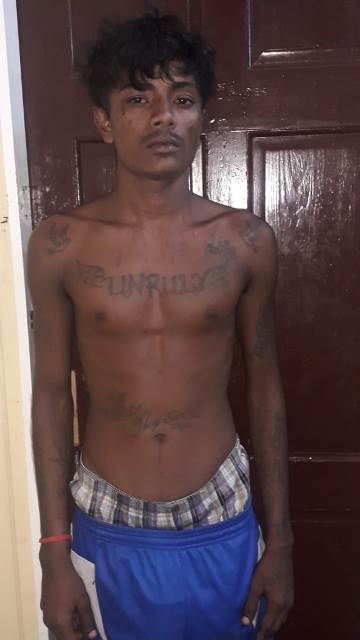