Guyanese youths today, joined their peers in other parts of the world in observing International Youth day under the theme “The Road to 2030: Eradicating Poverty and Achieving Sustainable Consumption and Production.” 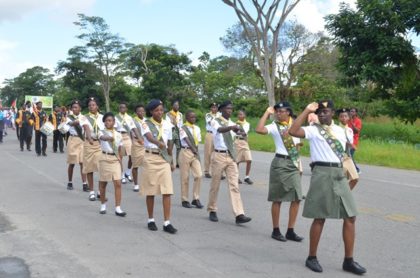 A Scout group participating in the youth rally

Following a march from the Ministry of Education Brickdam, a youth village was held at the National Cultural Centre (NCC) where hundreds of youths gathered. Present at the event was Minister within the Ministry of Education Nicolette Henry, Permanent Secretary to the Department of Culture, Youth and Sport Alfred King, Director of Youth, Melissa Carmichael and Director of Sport, Christopher Jones.

The Minister told the youths that a draft National Youth Development Policy that entails a strategic blueprint to see youth development in Guyana was recently laid in the National Assembly.

According to Minister Henry, the policy has “a number of training programmes aimed at empowering our youth economically, politically and socially have already been conducted in various parts of the country and attended by youths from almost every region.” 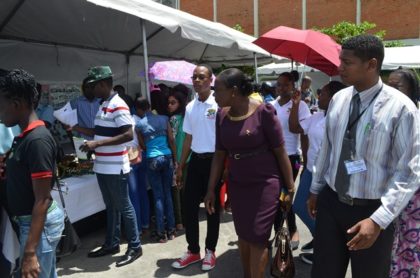 Minister within the Ministry of Education, Department of Culture, Youth and Sport Nicolette Henry viewing some of the interactive booths at the Youth Village at the National Cultural Centre

The Minister explained that when young people are empowered, they will be able to play a meaningful role in building strong and inclusive communities. However, it was pointed out that youths of today face more serious problems than those of previous generations.

Minister Henry stated that her Ministry “recognises that a lot of effort is needed to make our youth aware of their hidden potential and that they can realise their true potential if they are given the necessary exposure and training.”

Youth Director, Carmichael remarked that as much as government has a role to play in youths’ sustainable development, they also have an active role to play.

“As young Guyanese, we can be strong advocates for positive transformation through our organisations, groups and as individuals,” Carmichael stated.

Further, the Director of Youth urged those gathered to continue to strive for greatness. Carmichael assured the youths that, “As an advocate and Director of Youth, I pledge to work assiduously with my government to ensure that the concerns of young people are heard, discussed and addressed.” 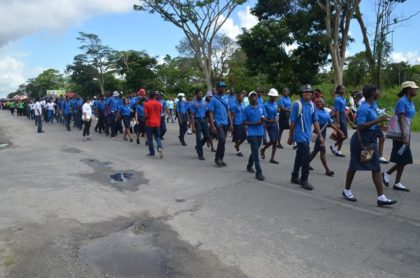 Speaking also was United Nations Children’s Fund (UNICEF) representative Marianne Flach who said that young people are not only the future, but also the shapers of the present.

Flach explained that, “youths must be embraced because there can be no true sustainable development if you keep them on the sidelines. Their initiatives should be supported and they should be given the opportunity to grow and shape their future.”

The youth village featured a number of interactive booths aimed at developing youths’ knowledge while addressing their needs, and issues affecting them.

Youths were also given the opportunity to be guided on a career path as a number of government, businesses and Non-governmental Organisations were present.

The youths were also afforded the platform to display their talents in dancing, singing, drama and poetry at the Youth Concert which was held on the tarmac at the (NCC). 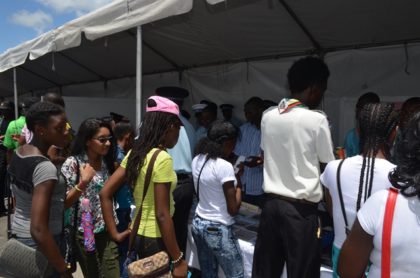 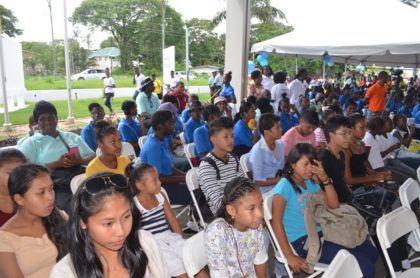