─Govt ministers, revellers take to the street for Golden Jubilee

In what has been described as the grandest of all celebrations, Mashramani 2020 has brought with it a different kind of vibe that will surely leave a long-lasting impression.

Thousands of Guyanese joined in on the fun along with a host of ministers of the government.

The DPI caught up with several ministers and other revellers who were leading their respective bands.

Minister of Social Cohesion Dr. the Hon. George Norton enjoys himself as he leads his band down Vlissengen Road. 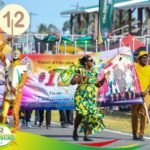 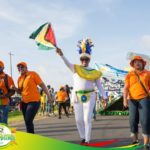 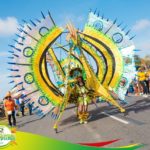 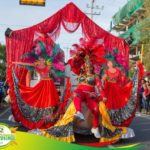 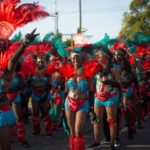 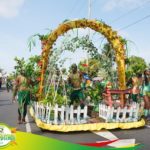 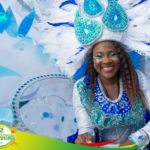 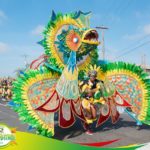 The Minister said he was overwhelmed by the massive show of support by Guyanese and described the day’s activity as “clean fun”.

The Ministry of Public Infrastructure’s band led by the Minister Hon. David Patterson showcased the Guyana Maritime Administration, Guyana’s oil and gas industry and renewable energy.  Minister Patterson said he was overwhelmed by the numbers today.

“This is excellent. The reception on the road has been well, the turnout has been great and I have been having a great day,” he exclaimed.

Leading her band, Minister of Public Health Hon. Volda Lawrence said her ministry’s focus this year centred on the International Day of nurses and the midwives.

“I think today is a day when Guyanese can show off how cohesive we are and for the ministry, what other better way to show off our nurses and midwives. Today we are displaying those categories of workers honouring them in their year and we are also showing off our new trauma centre that is coming on stream with some 400 beds and five operating theatres.”

She continued “we believe that we always take home the prizes in the minds of the people because, without us, they cannot enjoy mash, we give them that opportunity,” she said proudly.

Tramping under the theme “united under one roof,” Minister within the Ministry of Communities with responsibility for Housing Annette Ferguson led her float showcasing the housing vision the government has for Guyana.

Utilising this year’s mash team “Guyana together: reflect, celebrate, transform, Minister Ferguson said Guyanese can think on where the housing sector was in the past and where it is now, and celebrate the successes so far.

“This is what the Central Housing and Planning Authority is doing. Not only are we building houses, but we are creating wholesome communities, a friendly society and the promotion of a holistic and cohesive environment.”

The Ministry of Education band was led by Mondale Smith.  Garbed in his golden Jaguar costume, he explained that the ministry which usually participates in the small category, went a little bigger this time around, particularly since education in Guyana has been improving at a progressive rate.

“We thought that we would show people that we can grow too on the road. At the same time, we are passing on the message that there is a need for the removal of that disparity between the coastland and the hinterland,”

The ministry represented President Granger’s promise of free education from nursery through university.

Revellers travelled from across the country to join in the celebration. Out of the ancient county of Berbice was Godwyn Allicock’s band which depicted 50 years of strength and unity. He said the Berbice County chose to blend its team with the national theme for Mashramani.