Headteacher of the school, Bro. Hasib Azeez said that the performance of the students is commendable. Delivering a report on the school’s performance and state of affairs, he said that the school has been growing from strength to strength as it continues to promote good morals and values.

He said that the goal of the institution is to transform an empty mind into an open mind. He said that this year is the first time the school has achieved 100% passes at NGSA. According to Bro. Azeez, 26% of the students that wrote the examination were placed at senior secondary schools. 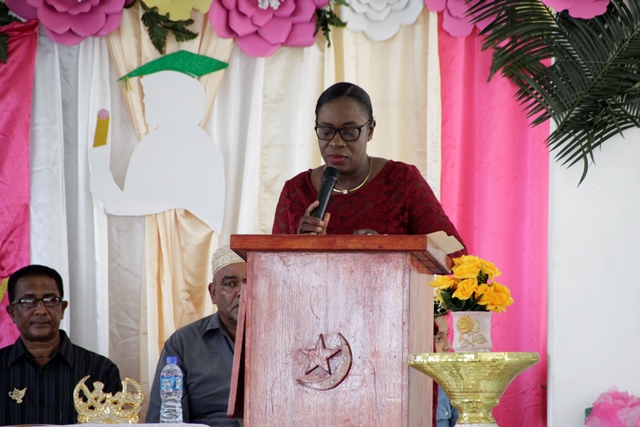 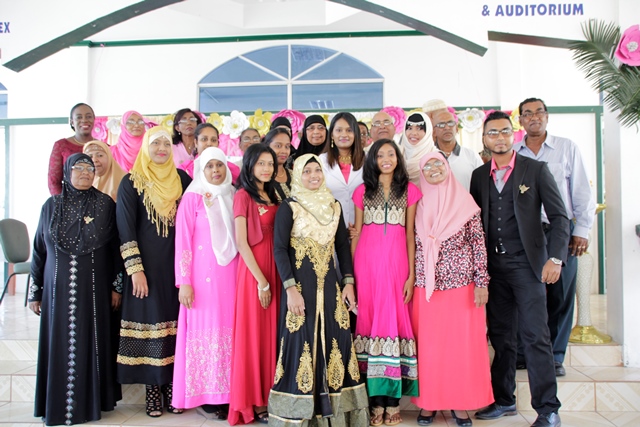 The teachers of the Meten-Meer-Zorg Islamic Academy sharing a moment with Minister of Education, Hon. Nicolette Henry following the graduation exercise. 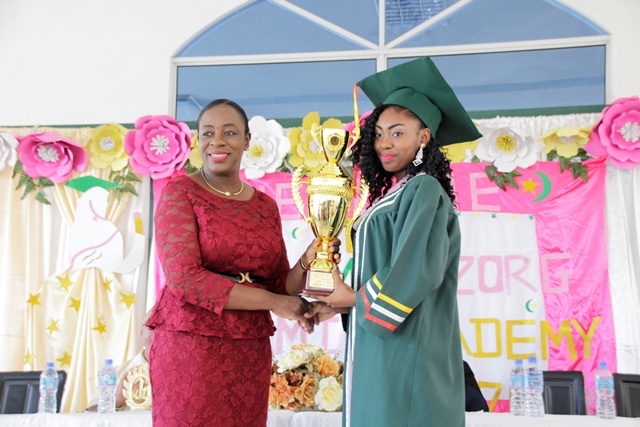 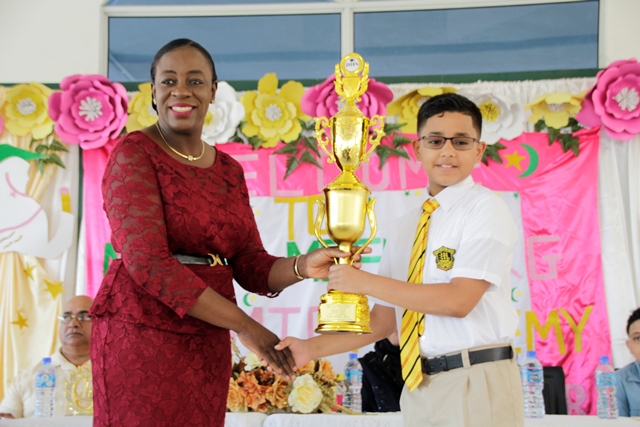 Further, he noted that the school’s Parent Teachers Association has also seen 100% improvement regarding the attendance of parents to meetings. Despite the historical performance at the grade six examination, Bro. Azeez also congratulated the students that wrote the Caribbean Secondary Education Certificate examination for their stellar performance.

Minister of Education, Hon. Nicolette Henry in delivering the feature address to the students, parents and teachers told the gathering that all the hard work was worth it.

She said that today’s occasion was more than the gowns and outfits but rather the feeling of accomplishment. “It is the awareness that all of your sacrifice and efforts achieved the desired results” Minister Henry noted.

Further, the Education Minister noted that education plays a major role in the growth and progress of a society. She said, “It is one of the key components that can make or break a culture’s advancement. If citizens of a society are education, they can provide significant contributions in the fields of arts, literature, science, technology, oil and others, and help establish a well-rounded and stimulating community.”

Minister Henry congratulated all of the graduands on their achievement and reminded them Guyana welcomes progress in all forms, since it indicates growth as individuals, communities and a nation as a whole.

Meanwhile, Regional Vice-Chairman, Mr. Ayube Inshan urged the graduands that as they continue on their path that they embrace good values, morals and principles. Regional Chairman, Mr. Dennis Jaikaran said that although the students must be congratulated, the parents, teachers and guardians must also be congratulated for their support and hard work.

Delivering the Charge to the graduands was Sister Zohorah Singh who advised the children that they should not let the excitement of success and youth make them forget the creator. She asked that they use their talents not only for personal gain but for the development of the world.