Despite intense rainfall, Minister within the Ministry of Communities, with responsibility for Housing, Hon. Annette Ferguson pressed on to meet with the residents of Yakarinta to carry out her duty to the people.

Minister Ferguson was part of a larger ministerial team that had fanned out across the Rupununi Region over the weekend to meet with the residents. 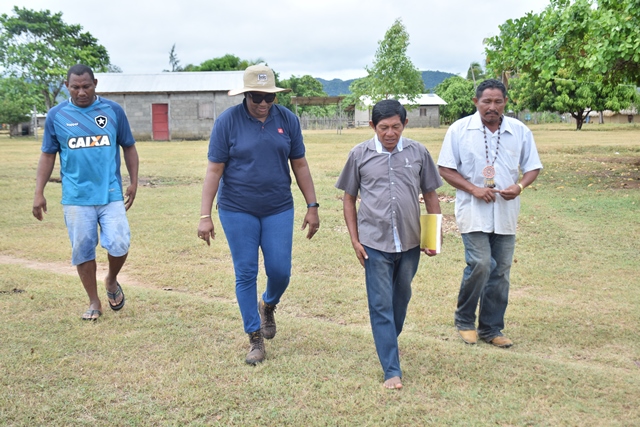 Minister within the Ministry of Communities, with responsibility for a Housing, Hon. Annette Ferguson is given a small tour of the village by the Toshao. 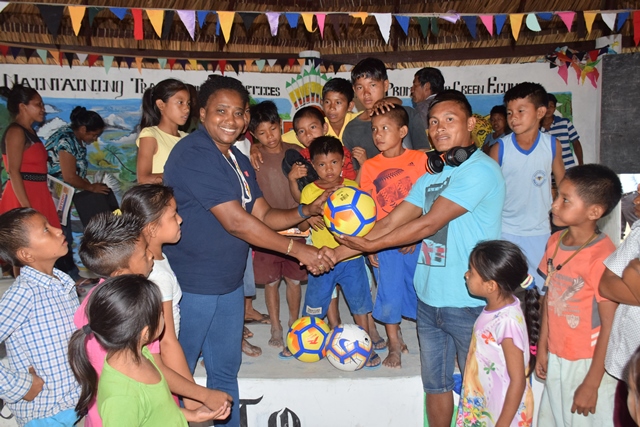 Minister within the Ministry of Communities, with responsibility for a Housing, Hon. Annette Ferguson donates the football gear to the head of the village football captain. 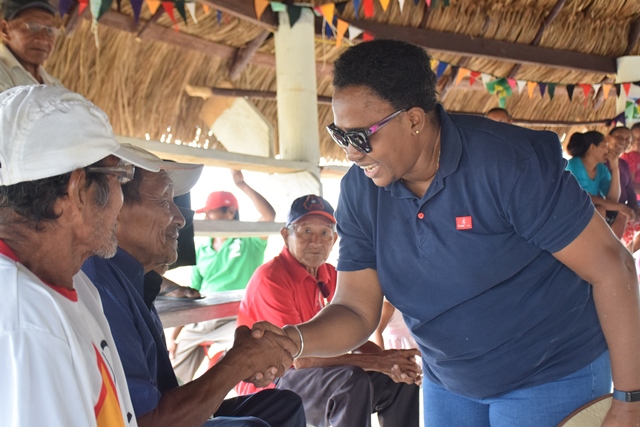 Minister within the Ministry of Communities, with responsibility for a Housing, Hon. Annette Ferguson engages with the Village Elders.

She has been determinedly educating and informing Guyanese across the nation on the importance of understanding their civic duty, and for the people of Yakarinta it was no different.

“As a minister of government, I see it fit to meet with our people, to enlighten you and to educate you on what your government is doing,” she told them.

Access to information has been a recurring theme for the Coalition administration, and with the internet being the fastest way to access information, the government has been placing ICT hubs in several communities, inclusive of Yakarinta. This has helped to connect residents to the outside world, granting access also to educational opportunities.

“Our young people now can access information, any part of this world, we said we will open up the airwaves, so we brought in radio stations here in region number nine.”

The government has established radio stations in Lethem, Paiwomak and Aishalton to name a few.

Minister Ferguson’s visit stands as a significant one as it is the first time a government minister has visited the remote village. As such the minister informed the villagers on the Hinterland Employment Youth Service (HEYS) – a programme that is of great importance to Indigenous communities.

“Through the HEYS programme we were able to bring young people to Georgetown, train them, be it in craft, be it in mechanics, be it in joinery, so when they return to their communities, they can now become employers!”

HEYS prepares youths for leadership roles in their communities. Participants are trained and certified in areas such as sewing, carpentry, joinery, catering, agriculture, public speaking and entrepreneurship. The programme entails six months of classroom training and six months of practical training.

Participants also benefit from a stipend of $30,000 per month and a $50,000 grant to start up their own business. At the end of their training, each participant would have received $410,000 and a set of life skills which they can use to propel their lives.

Before the minister departed the community, she donated several much-needed items to the villagers, inclusive of footwear, and sport gear.