Minister Norton summed up the interaction and meeting with the residents of Ithaca as constructive and mutually beneficial. Residents expressed similar sentiments and said they appreciated the opportunity to engage directly with the Minister on matters of concern to them and crafting actions for speedy resolutions. 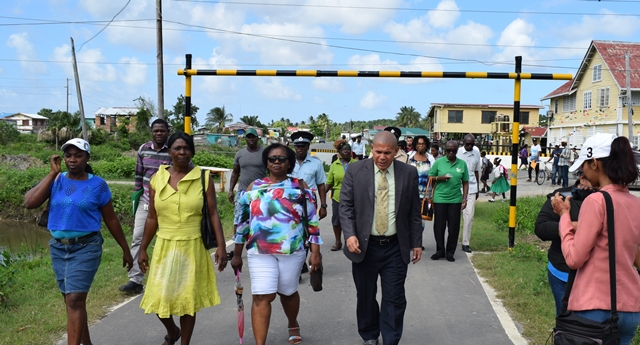 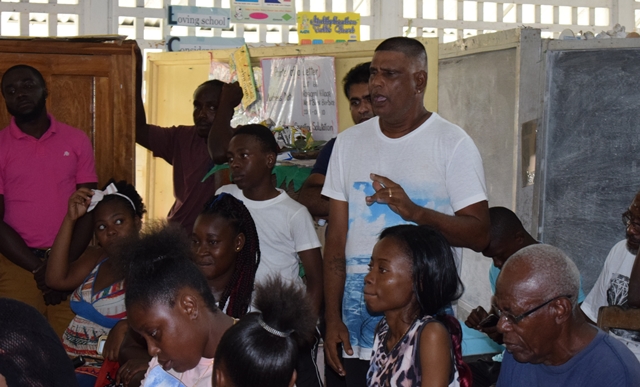 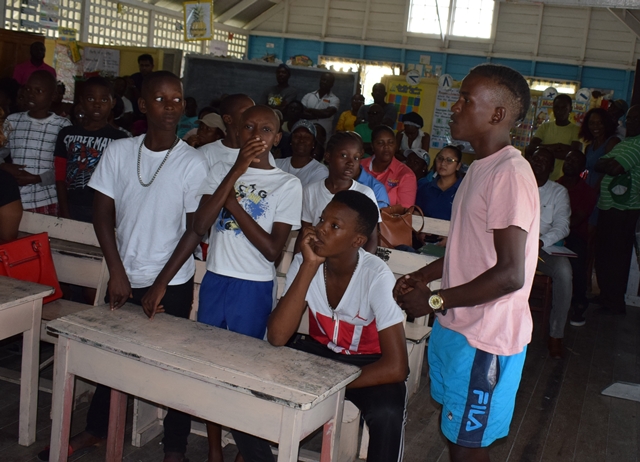 Interaction with another resident. 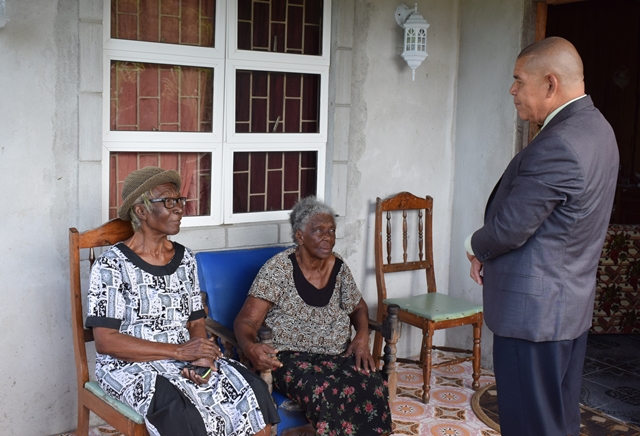 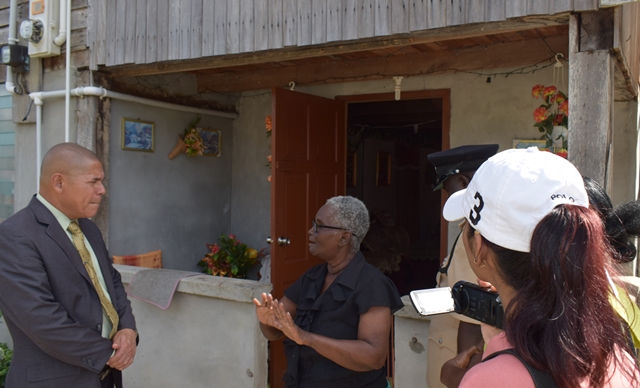 Minister Norton listens to a resident. 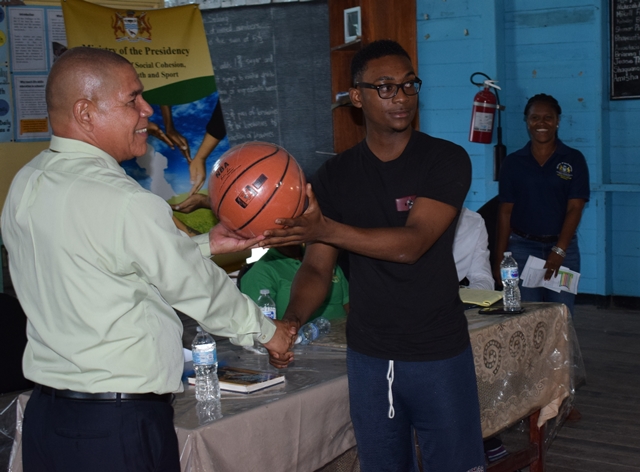 A basketball for a member of the Club.

During the walkabout Minister Norton was accompanied out by Councillors of the Blairmont/Gelderland NDC, Councillors of Region Five Regional Democratic Council, senior officials of his Ministry and residents of Ithaca. While speakers at the meeting included Director of Sports Christopher Jones, Deputy Regional Executive Officer (DREO) of Region Five, Sherwyn Wellington, Member of Parliament Jennifer Wade and Project Officer in the Ministry Pamela Nauth.

During both engagements, villagers seized the opportunity to raise issues and request resources relating mainly to sports equipment and other necessities for youth, sports and cultural development in the village.

Teenager, Shaquille Peters was rewarded with a promise from Director of Sport, Jones with a promise of footballs, cones and a training ladder before the end of next week, when he made a formal request of the Director of Sport to assist his pee wee football club. His bravery and correctness won the applause of the packed Ithaca school room. Requests for equipment for table tennis equipment were also given a positive response by the Director who promised to deliver within a similar time frame.

Minister Norton surprised the members of the Ithaca Basketball Club by immediately producing three basketballs which he presented to the club following a request for equipment.

The DREO of Region Five Sherwyn Wellington also promised action early next week on the matter of the rehabilitation and enhancement of the sports ground, at Blairmont in particular.

Wellington also disclosed plans to establish a National Youth Service to be located at the Kuru Kuru Training Centre on the Soesdyke/Linden Highway to provide residential training to school dropouts.

“The intention of the Guyana Youth Service will be to provide these youths with training so that they can move on to higher levels of training, or seek employment or go into self-employment. The GYS will be getting into motion very shortly. We know that youth unemployment is a big problem. We will not give up on our youths.”

Minister Norton, in conclusion, added, “…we in the Government network with each other.  I am a Cabinet Minister and at Cabinet meetings sitting next to me is the Minister of Education and on the other side of me is the Minister of Agriculture. Whatever you have said here to us either during the walkabout or at this meeting that does not fall under the remit of my Ministry, I will ask the relevant Minister to address it.