Miners in Marudi told to get act together

Minister of Natural Resources, Raphael Trotman will appoint a facilitator to help guide discussions among Romanex Guyana Exploration, miners and residents in the South Rupununi, so that mining in the Marudi Mountains can be done to the satisfaction of all concerned.

The decision was taken by the minister when he met with the three parties in Marudi on Saturday, March 25. The three parties traded accusations of various violations of a mediation agreement that was brokered last year. The agreement had sought to resolve escalating conflicts among the parties. 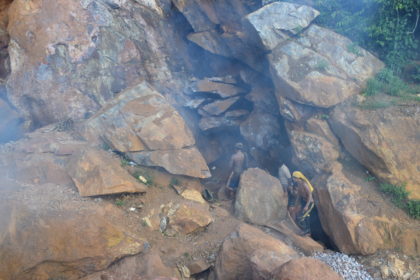 Some miners still mining the mountains outside of mediation agreement

While the mediator has not yet been named, Trotman said the person will come from the ministry.

The Rupununi Miners Association (RMA) accused the Canadian company of allowing persons outside of the agreement to work, strong-armed enforcement by its rangers and failing to create jobs, among other requirements of the agreement.

During the meeting, the miners bemoaned the losses they incurred because they have not been working.

“The mountains closed off, people’s crusher been ceased, the only body who is earning a living right now is Mr Marshall,” Everton Montig, Vice President of the RMA said, as he accused Romanex of not honouring the agreement.

Brokered in April 2016, the agreement allows some 70 miners to continue their operations on the mountains.

The agreement also stipulates that no new excavation should take place and that miners must work with existing material – stockpiles and alluvial.

On a site visit by Trotman and officials from the Guyana Geology and Mines Commission (GGMC), there were signs of mining activity outside of the stipulated mining areas.

In counter-complaints, Marshall Mintz of Romanex said the agreement for shops in the area to remove to facilitate an Environmental and 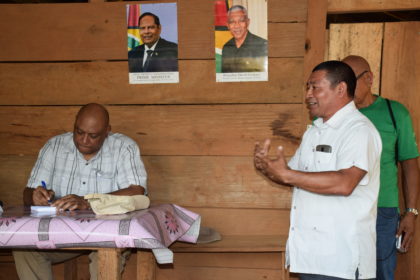 Social Impact Assessment (ESIA) has not been met.

Shop owners were given up to last month to relocate to an area identified by the GGMC.

“We have been waiting since that mediation day for this (the shops) to move out of here so we can begin the test programme. We have the equipment sitting since November,” Mintz complained.

As part of the mediation agreement, Romanex has to conduct the ESIA and mine plan with the inclusion of the RMA and the concerns of the relevant indigenous communities.

The mediation agreement stipulates that the company, in consultation with the communities must ensure that the ESIA adequately addresses concerns relating to socio-economic and environmental impacts and enforcing the safeguards.

Meanwhile, Toshao of Aishalton, Casimero Douglas called for better regularisation of mining in the area and protection of the environment. “We’re concerned about the environment. The water ways that would have been natural for us now look at the condition here. No best practices. The tailings go right into there (the waterways),” he told the minister. 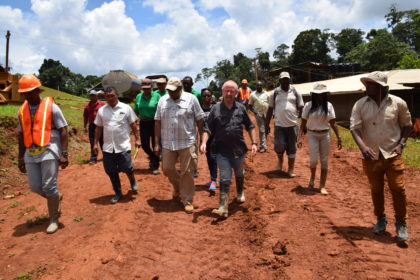 The Minister assured that the government has no intention of closing down mining in the area but noted that “if we can’t get our act together there will be no mining in this district at all.”

Minister Trotman is expected to re-visit Marudi later this week for another meeting between the involved parties as part of bringing a resolution to the row over the mountains. 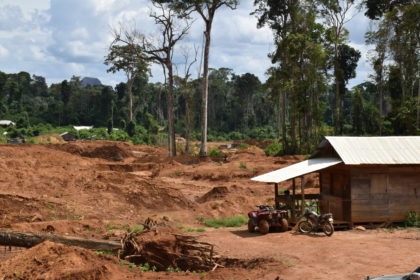 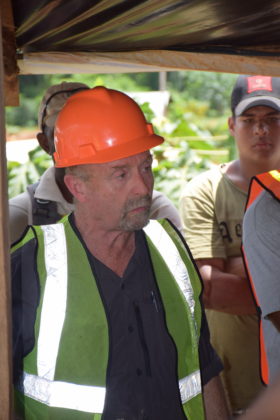 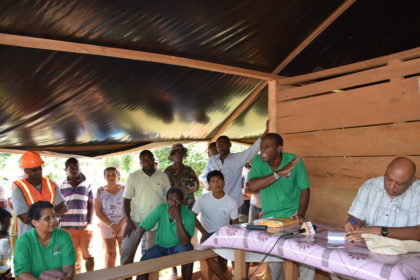 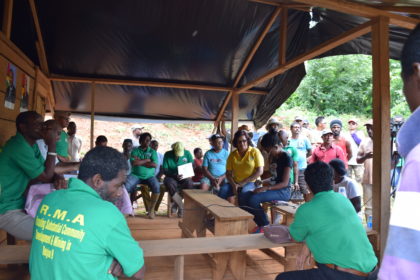 Minister of Natural Resources Raphael Trotman meeting with the RMA, Romanex and residents of South Rupununi in Marudi 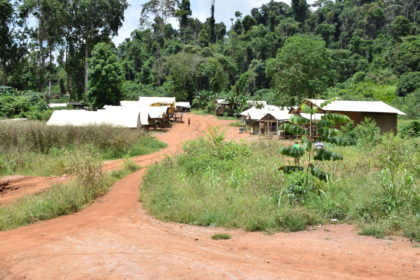