This year’s mining week began with a walk in the capital city, Georgetown, signifying the start of seven days of activities geared towards celebrating and honouring those persons directly involved in the sector, and sensitising those hoping to join the field or who are just observers.

Following the walk on Sunday, the Guyana Geology and Mines Commission (GGMC) on Monday, opened its Mining and Quarrying Conference and Award Ceremony at the Pegasus Hotel. 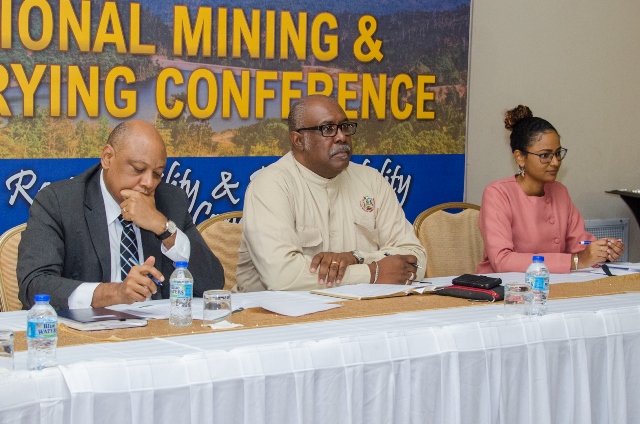 Minister of Natural Resources, Hon. Raphael Trotman, GGMC Commissioner, Newell Dennison and Chairperson of the day’s proceeding Marissa Gordon at the opening of the Mining and Quarrying Conference and Award Ceremony at the Pegasus Hotel. 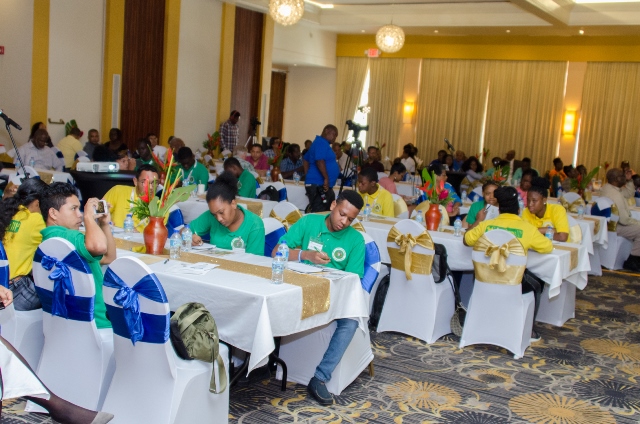 Apprentices of the YNR 2019 pro9gramme at the Mining and Quarrying Conference and Award Ceremony at the Pegasus Hotel.

According to GGMC Commissioner, Newell Dennison, the GGMC as a regulatory body does its own self-examination during this period in a bid to embrace change and transformation.

“This year’s theme of fostering respectability and responsibility in mining conduct, I believe says enough in the vein of what an underline mindset should be amongst miners and miner folk as the sector is challenged to overcome its constraints and limitations,” Dennison noted.

Adding that it is vital for those persons in the sector to recognise that change is occurring. “There are groundbreaking developments that are reaching into our space, our mining space, and the demand for change will be unavoidable,” The GGMC Commissioner stated.

He opined that while some may be anxious about this change, it could be facilitated and fashioned for a successful outcome if tackled collectively.

In the meantime, Minister of Natural Resources, Hon. Raphael Trotman, who delivered the feature address, noted that the sector had seen much improvements over the years.

“We have come a long way from the days of river mining when the only means to recover gold was by diving down under the river waters using only suction hose to breathe, then digging by hand with a hand spade filling bags and sending the earth back to the surface, this was an extremely dangerous endeavour and many divers lost their lives,” Minister Trotman recalled.

Re-emphasising developments in recent years, the minister added that today the mining sector has become more efficient and effective.

“Beginning at exploration stage where cutting edge technologies have helped eliminate some of the risk associated with prospecting,” he noted.

Minister Trotman said he felt a deep sense of pride and considered it a privilege to be addressing the conference and award ceremony and reiterated that the gains made thus far in the mining sector were quite impressive.

“So much so, that I am extremely confident that oil will draw parallel, but never replace mining for its importance and value to the people and culture of Guyana.”