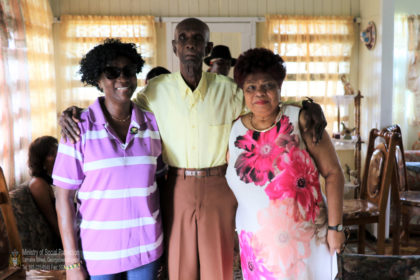 Uncle James, as he is fondly known as, ably stood to greet Minister Ally as she presented him with a hamper on behalf of the Government of Guyana. Member of Parliament with responsibility for Region 5, Ms. Jennifer Wade accompanied Minister Ally on her visit to the centenarian.

A member of the St. Jude’s Anglican Church in Lichfield, Berbice; Mr. Layne is the father of four children, grandfather of thirteen and great grandfather of seven. He was surrounded by some of these persons when Minister Ally paid him a visit.

He is the second born to his parents and the only surviving of three children. When asked what he enjoys doing Uncle James quickly responded “farming, I love to farm”; he also loves to dance and keeps abreast with the news, reading the papers every day from cover to cover. His family indicated that they dare not throw away any of Uncle James’ newspapers because “news don’t spoil” as the centenarian would say.

Mr. James said one of his favourite pastimes is attending funerals and watching death announcements but this was not before mentioning his love for female company more than anything else.

Minister Ally wished Uncle James a Happy Birthday and that he would see many more. He thanked the Minister for the visit and for gifting him a hamper. 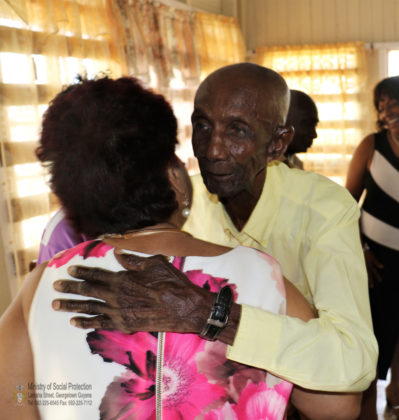 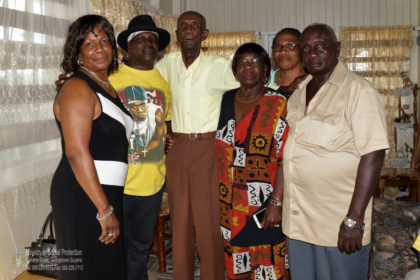