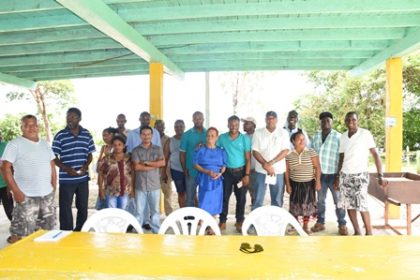 The visit was to afford residents, of the community 14 miles from Linden, the opportunity to voice their concerns to the government.

Lynette Benn highlighted that the community lacks one of the most vital connections in today’s society, that being telecommunications. The village receives a weak Guyana Telephone Telegraph (GTT) signal; she requested that there be an improved signal strength or better access to some form of telecommunications in the area. This she said will boost economic activity

Celestine Peters indicated that there should be rules implemented, so persons coming to fish will not harm the Arapaima which abounds in the area. She also added that domestic fishing is one of the main activities being hindered by the increased fishing activity by outside persons, hence “some measure should be put in place” to curb and safeguard fishing, Peters said.

Other issues raised dealt with the conditions of the roads, land titling, job creation, upgrade of the Guest House, acquiring mining lands, among others.

According to Minister Trotman, the “Place has rich tourism potential but is struggling for support.”  He has committed to reporting all concerns to the respective ministries to ensure a speedy resolution of the issues.

Mayor Holland advised the village to collaborate with the municipal body to ensure Rockstone be included in the township of Linden. This is will enable Rockstone to access services to help further development in the area. He urged residents to petition to be a part of the township, and meet with him at a later date.

MP Figueira also encouraged to residents to work to be a part of the township, for “more can be achieved if we work in collaboration”. The Member of Parliament commended residents for airing their views honestly, “Government needs the people to candidly express some of the difficulties you are experiencing so that they can assess from a better stand point how they prioritise.”

Scented candle wax and bolts of cloth were donated to the community, for members to use either economically or recreationally by MP Figueira. He told the residents that “these materials are a jumpstart to boosting economic activity in the community”. 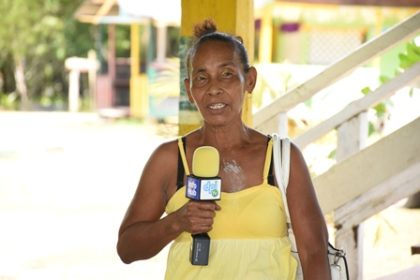 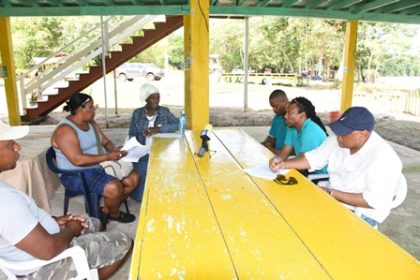