Region Seven residents, in Cuyuni Mazaruni and the surrounding areas will no longer have to travel to the Georgetown Public Hospital Corporation(GPHC) for critical treatment; as the Bartica, Regional Hospital continues to undergo modernisation and expansion which will better serve local residents. 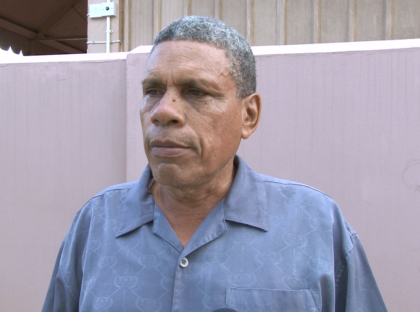 In an interview with the Department of Public Information (DPI)/Government Information agency (GINA), Regional Chairman, Gordon Bradford said the final drawings for the modernisation of the hospital is being completed. The new design will actually facilitate additional space for more beds as well as other services.

Some US$3M will be spent on the Bartica Regional Hospital for expansion of the existing building, along with the construction of a number of new structures in the compound.

Bradford explained that, “with this project on-stream the RDC will now focus on creating community hospitals throughout Region.”  The region is also working on enhancing the Kamarang District Hospital to reduce the number of referrals to the GPHC.

The expansion will see an additional operating theatre, expansion of the accident and emergency unit and the training of our healthcare providers in the region. “It’s a big project and we hope that within the next three years it should be up and running,” Bradford explained.

The Regional Health Services of the Ministry of Public Health has recognised the Bartica Hospital as a regional hospital since most of the requisite and specialist services including surgeries are conducted at the facility.

The Regional Chairman also pointed out that there are other developments within the region’s health sector. This includes the construction of a building in the hospital compound to house a Computerised Tomography (CT) scan machine which was donated to the region. He highlighted that the tender for that project is already out and should be closed shortly, after which construction will commence.

“Before the year end we can have that CT scan machine which will be a major achievement and boost for the region. As it stands now anybody who seeks such services has to go to Georgetown at a tremendous cost, so when it is in the region, it will be a tremendous boost to us and an ease on persons financial resources,” Bradford emphasised.